David Sim, writing for the International Business Times has reported on the first access journalists have gotten to interview and document the stories of Rohingya villagers. The access was restricted to only one village out of the three initially promised, and was 'heavily supervised' by military and security personnel.

Despite the presence of the security forces, Rohingya villagers related their experience of the half-year long operation by Burmese forces, including killings, arson, and kidnappings that corroborated reports relayed by Rohingya sources on the ground to Rohingya media outlets in the diaspora.

The journalists visit comes on the heels of Suu Kyi's civilian government denying visas to three UN appointed investigators who were to look into the allegations of war crimes and violence against Rohingya civilians. The pretense forwarded by Suu Kyi to justify the rejection of a UN investigation was that it would "aggravate matters."

In Kyar Gaung Taung village, the journalists insisted on speaking to villagers away from security forces, and allegations of abuses by troops emerged almost immediately. At least 32 people from the village had been arrested and 10 killed, said a schoolteacher, who asked not to be named for fear of reprisals. He estimated that half the village's 6,000 residents had fled during the clearance operation.

Thirteen boys under the age of 18 were detained for suspected links to a militant group during security operations. Sarbeda, 30, told journalists her son, Nawsee Mullah, 14, was arrested while doing farm work: "My son is not a terrorist," she said, adding that she didn't know if he had a lawyer to represent him. 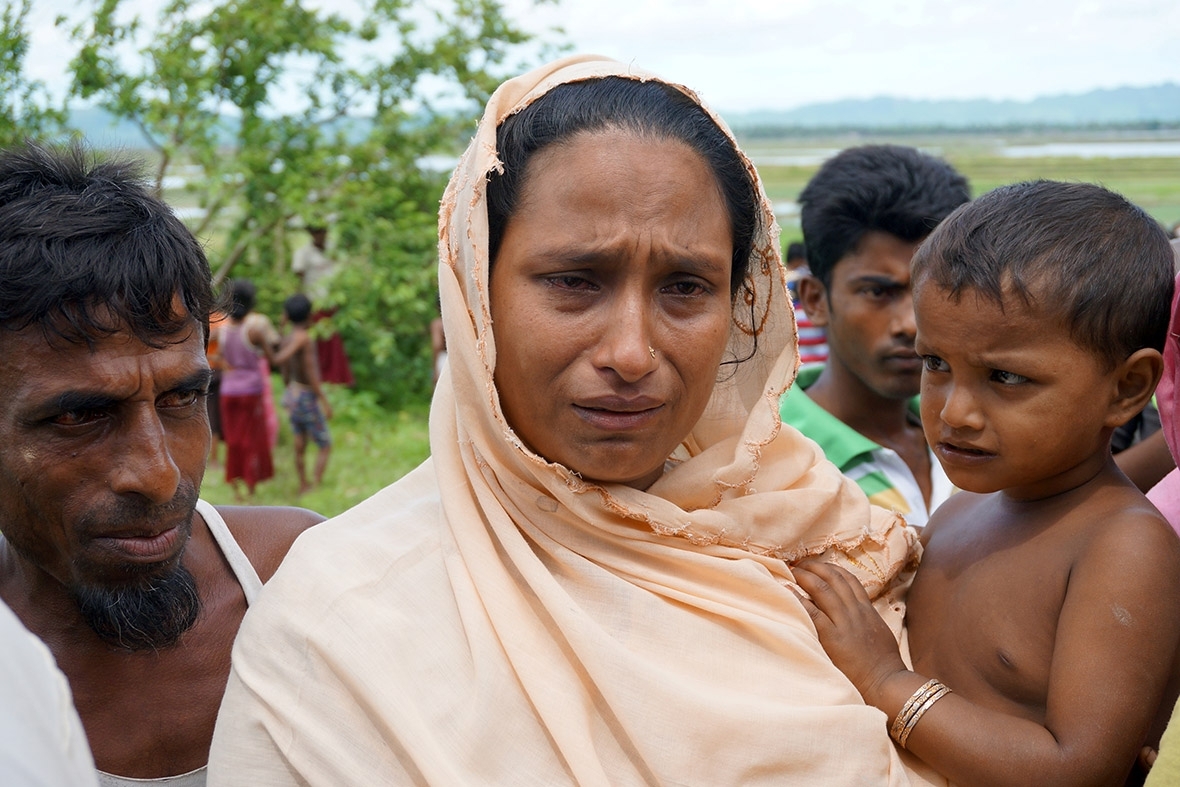