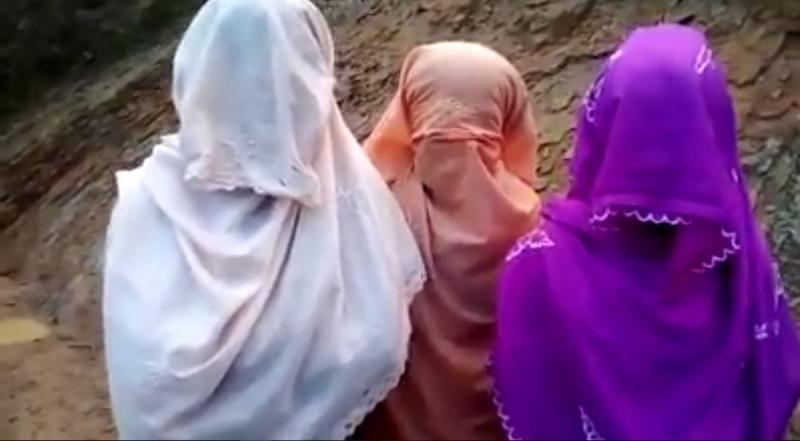 Rohingya media reports have published a video in which three Rohingya women, whose faces are covered by shawls allege that their village was attacked by Burmese military (Tatmadaw) and Border Guard Police (BGP) on July 30th and that they were victims of rape.

Rohingya Vision reports that the village of Yedwin Pyin village in northern Maungdaw was attacked: several homes were entirely destroyed, property including money and jewelry and other properties were looted. The military and BGP also gang-raped some Rohingya women from the village. Rohingya Vision also provided the following video, which we are currently in the process of translating.

The Burmese security forces have a track record of using rape as a weapon of war against ethnic minorities. The highest Burmese civilian leader, former human rights icon, Aung San Suu Kyi, speaking at the conference of the Nobel Women’s Initiative in 2011 admitted that “Rape is used in my country as a weapoin of war. It is used as a weapon by armed forces to intimidate the ethnic nationalities and to divide our country.”

Burma Task Force is working to end the security forces total impunity in using rape as a weapon of war. It’s systematic nature is one reason that international human rights bodies and organizations, legal experts and activists have said that it is a “genocidal act” intended to destroy and repress whole peoples. Join our campaign today and find out how you can help expose these crimes and put an end to them.