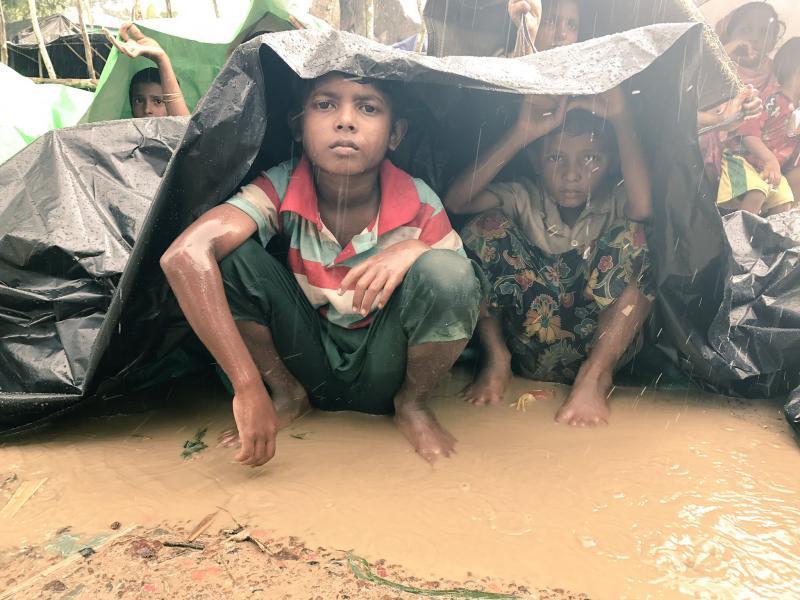 • In the last couple of weeks 125,000 Rohingya Muslims have fled to Bangladesh whereas 400,000 are uprooted within Burma and the UN is prevented from providing them water and food.

• Rohingyas are indigenous people of Burma living in their ancestral lands. They were always citizens until 1982 when their citizenship was taken away by the military regime.

• According to the UN 52% of women interviewed reported being raped, some gang raped in the masjid

We have a responsibility to help

• As Muslims we have a responsibility to stand up for justice in any situation:

• Quran 4:135: O’ you who have believed, be persistently standing firm in justice, witnesses for Allah, even if it be against yourselves or parents and relatives. Whether one is rich or poor, Allah is more worthy of both. So follow not [personal] inclination, lest you not be just. And if you distort [your testimony] or refuse [to give it], then indeed Allah is ever, with what you do, Acquainted.

• In this situation there is a particular need

• Rohingya are a small group. If we, as Muslims, do not support them, they will not be able to advocate on their own behalf, as they are our brothers and sisters

What can we do?

• Your dua and your time is more needed since money cannot reach them.

• Burma Task Force is a coalition of all Muslim organization to support Rohingya Muslims. Please visit the site www.BurmaMuslims.org and sign up since they issue action alerts on the regular basis.

• As American citizens, we have a responsibility to use our influence over elected representatives to protect the Rohingya

• We can call American officials and demand that the US government apply pressure to Burma to pull back their military, allow access to humanitarian agencies, and support the UN investigation into mass rape, killing, and other abuses

• Worldwide rallies will be held for the Rohingya on September 16. See: BurmaMuslims.org for details.

Do not be overwhelmed:

• Muslims have many causes. Please pick at least one cause to support on the consistent basis.

• God controls the world, we don’t. But we must do our duty to care