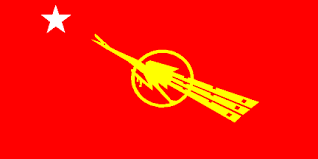 Hundreds of members of Myanmar’s deposed ruling party declared themselves Friday to be the sole legitimate representatives of the people and asked for international recognition as the country’s government, as protests against the military takeover swelled. Nearly 300 politicians from ousted leader Aung San Suu Kyi’s party announced they had named a committee to carry out the functions of Parliament, according to a National League for Democracy party Facebook page.