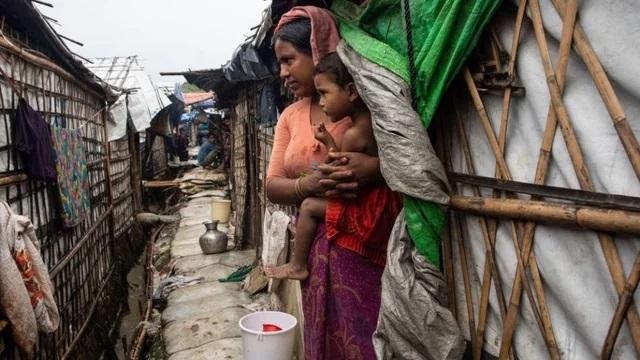 Seventy years ago, the United Nations was founded in the wake of the unprecedented horrors of World War II. Its charter was conceived as a response to the unimaginable state-organized campaigns of genocide that defined that war. The watchwords of the newly-formed international body were: “Never again.”

This cherished ideal is more relevant today than ever. When the U.N. General Assembly convened in September in New York, it brought together leaders from every corner of the world to assess the state of the human community. These leaders convened at a time when the world is desperately in need of leadership rooted in a renewed commitment to humanitarian justice

The United Nations recently completed a fact-finding mission in Burma and produced a 400- page report documenting the full extent of shocking crimes by the Tatmadaw, the Burmese military. The mission’s exhaustively researched report, one of the longest human rights inquiries ever produced by the organization, joins a growing body of evidence establishing, beyond any doubt, that the Tatmadaw indeed has committed genocide against its own people.

However, there is a real danger that this U.N. report may amount to too little, too late.

Who will act on it? The world did not move on Darfur until President George W. Bush imposed sanctions under the Darfur Peace and Accountability Act of 2006. The world also remained a silent spectator to the bone-sticking human images of Bosnian concentration camps until the United States moved in 1995 to stop the violence and conflict.

This is the time for Secretary of State Mike Pompeo to declare genocide and place full sanctions on Burma until its government agrees to give security and citizenship to Rohingyas based on scientific research, which no other entity has done so far.

Without American leadership, sadly, not much will happen at the United Nations, despite its fact-finding mission.

A year after the massive pogrom of Rohingya Muslims from Rakhine State, which expelled 800,000 innocent people — including tens of thousands of children — through terroristic tactics of rape, pillage and murder, no real measure to stop this genocide and punish those responsible has occurred. The United States and European Union have put in place targeted sanctions that have not worked. It is time to do what worked before: impose full sanctions. Such action forced the military to allow a limited democracy, and now it’s time to force them to give full democracy, freedom and citizenship to all of Burma’s residents.

More distressing, the relative inaction on Rohingya genocide apparently has encouraged the Burmese military to go after Kachins, the mostly Christian people. They have lost about 400 villages and 300 churches to Burmese military attacks.

Inaction also sets a dangerous precedent for neighboring countries. In the past few months, the Chinese government has sent millions of Uyghur Muslims to concentration camps, Vice President Mike Pence noted in an address to the State Department’s Ministerial to Advance Religious Freedom in July. The same month, India delisted 4 million Bengali-speaking people from citizenship as extremists called for their deportation.

The United States must lead the United Nations in taking a stand against genocide. Throwing its considerable prestige behind the cause of full sanctions against Burma, exempting food and medicine, would send a clear signal that the international community is serious about ending the ethnic massacres and foreclosing such violence by any government in the future.

The time to act indeed is now.