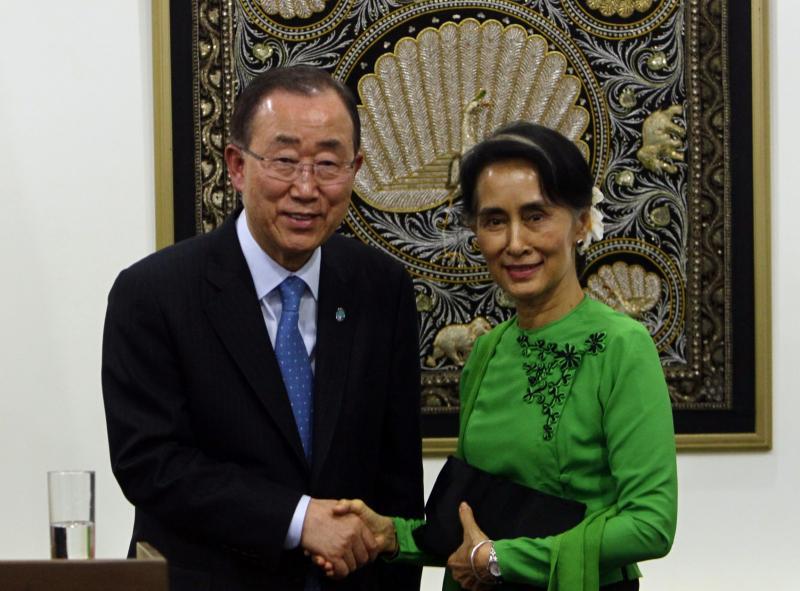 UN Secretary General, Ban Ki Moon, visited Burma and met with Aung San Suu Kyi, the de facto civilian leader of the nation. Moon, appealed to the leadership of Burma and the Burmese people to give the Rohingya their rights as citizens in the country. In a reference to the ongoing and contentious debate advanced by Buddhist nationalists who reject the Rohingya identity, ability to self-identify and consistent declaration of Rohingya as “illegal Bengali citizens,” Moon said that, “if they had lived in the country for generations, all people in Myanmar should enjoy the same legal status and citizenship as everyone else. Many Rohingya families have lived in Myanmar for that long.”