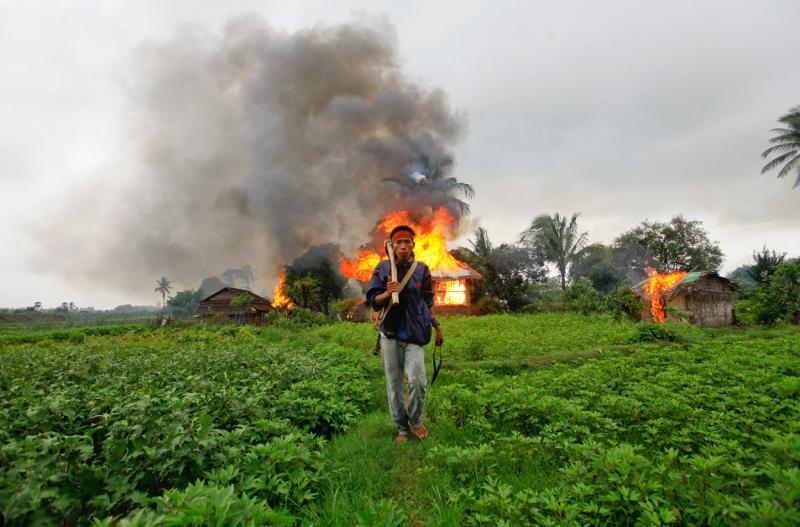 A documentary by ABC (Australian Broadcasting Corporation) “investigates the network that has trafficked tens of thousands of Rohingya refugees from Myanmar into Thailand, through eye-witness accounts as well as video and audio recordings.

Reporter Mark Davis travelled undercover into Myanmar to find out. It’s a story the government there does not want told. More than 100,000 Rohingya are held in camps in Myanmar, some in a ghetto where no-one is allowed in or out unless under armed guard. In some camps, starvation is taking hold. It’s a human rights disaster that has been hidden from view.”

A Week of Pain and Sadness, and Many Unanswered Questions: Responsibility for Mohibullah’s Murder Must Not Be Swept Under the Rug
Today, over a week after the murder of the Rohingya leader Mohibullah, a diverse group of US and international civil society organizations have signed on to a statement linked here demanding a credible and complete investigation by the Bangladesh Government, along with honest monitoring of the investigation by the international community..
For Immediate Release: Burmese diaspora, local CSOs inside Burma, community-based organizations, and civil society organizations sent a letter to the U.S. Congress to urgently support and pass the BURMA Act
Today, 242 Burmese diaspora groups, local CSOs in Burma, community-based organizations, and civil society organizations in the U.S..
Mohibullah: Burma Task Force deplores murder of prominent leader.
Burma Task Force deplores today's murder of Rohingya leader Mohibullah and urges the Bangladeshi authorities to conduct a credible investigation into these tragic events. International community organizations should also work to advocate for refugee camp security that protects all Rohingya from such violence..
Recent Posts
Archives
Categories
Back To Top