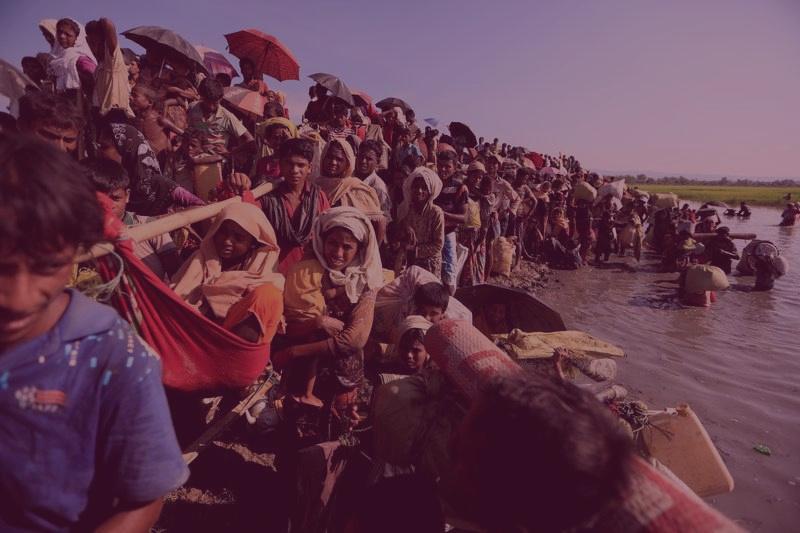 It was late evening at the refugee camps of Kutupalong and I was about to begin my last interview of the day. The room was tiny and cramped but so was the entire dwelling; one of the thousands of crammed mud dwellings at the camps. The air was dense and smoggy even indoors.

My interviewee came up to me, we greeted each other, and he positioned himself in front of the camera. “Will my name be recorded and my face be shown as it is” he inquired at first. He was concerned about the repatriation deal looming more dangerously than the smog over these camps – this is the deal that will force them back to “IDP camps” in Myanmar, more akin to 21st century concentration camps, just like it did back in the 70s and the 90s. I assured him of our policy of protecting the identity of interviewees. He agreed to continue.

My interviewee looked very much like one of my cousins in Chittagong by the name of Munir. I told myself “my cousin Munir could very well be this guy, in fact I could very well be him.” My interviewee was quick-witted, sharp, and direct, right from the start. “Where are you coming from? Can I give a message to you and your people?” And saying that he started immediately. “I want to tell you all, that if you really truly care for us, then you will feel what it is to see your brother slaughtered by the neck, your daughter gang raped, and your children burned alive. And then you will not wait to give us justice, you will go to Burma yourself to protect us, or send your armed forces to protect us.”

He narrated a harrowing story of witnessing his relatives slain and burned in front of his eyes. He recounted how for several years his people were targeted by the Burmese military, the police and Rakhine mobs, detained arbitrarily, tortured and killed. He explained how Rohingya: could not pray at a mosque or send their children to madressa (school) since 2012 and were denied an education, how people could not get married, could not move from one village to another, were randomly arrested, tortured, and killed in prisons, without anyone coming to their rescue. “How do you want to send us back knowing about all this? Do you not have any empathy for us?”

Towards the end of the hour long interview, as a routine procedure I asked him if he would give me the permission to share publicly all that he said. To that he replied “I want you to show this interview to all of this world so that they know what we are going through”. And then he added one final sentence that sent chills down my spine; he said, “And I am going to hold you all accountable for my message on the day of judgement in front of Allah.”

By Raees TinMaungNu, a Rohingya from Toronto, volunteering with Burma Task Force Canada.