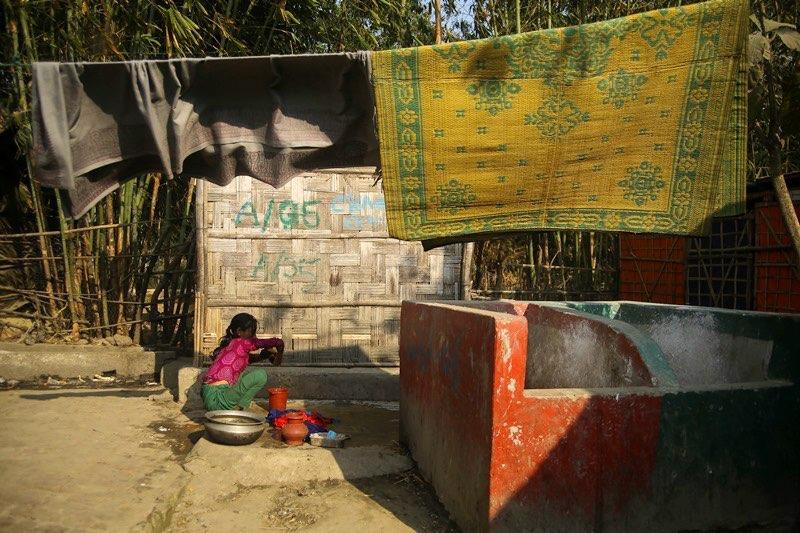 The United Nations has documented shocking accounts of sexual violence, including gang rape, against Rohingya women and girls at the hands of Myanmar’s military. News Deeply spoke with a U.N. investigator about what she found when she talked to survivors.

Rohingya women and children were targeted by military forces in October 2016 and the four months afterward, and have fled to refugee camps in Bangladesh. Samsul Said/NurPhoto

MASS SEXUAL VIOLENCE against the Rohinyga minority in northern Myanmar has been documented in a recent United Nations report.

The spate of violence, which includes gang rape and involves survivors as young as 11 years old, was found to have been perpetrated by Myanmar’s security forces,

On October 9, 2016, the Burmese military entered northern Rakhine state – and over the next four months detained and killed men, women and children. Soldiers burned down houses and raped women and young girls. The U.N. report says these actions amount to possible crimes against humanity and ethnic cleansing.

The military insists this “clearance operation” was a justified counterinsurgency operation following an October 9 attack on security forces near the Bangladesh border, which resulted in the deaths of nine policemen. The violence caused more than 69,000 Rohingya to flee from Myanmar to Bangladesh, where they are currently living in eight makeshift camps in Dhaka and Cox Bazar.

Myanmar’s Rohinyga population lives in villages in northern Rakhine state, near the Bangladesh border. They are known as one of the most persecuted minorities in the world. Their Muslim faith is viewed as a security threat by Buddhist groups in Myanmar, which means they receive limited access to basic services such as education. They are also prohibited from claiming citizenship and moving freely throughout the country.

The United Nations Human Rights Office of the High Commissioner (OHCHR) sent a four-person team, including human rights officer Ilona Alexander, to Bangladesh in early January of this year to investigate these human rights violations. Their investigation included testimony from 101 Rohingya women who experienced violence at the hands of the military: More than half reported being sexually assaulted.

Women & Girls spoke to Ilona Alexander about the evidence she gathered on the sexual violence inflicted on Rohingya women and girls.

Women & Girls: The Military Indicated That It Was Conducting “Area Clearance Operations” In The Region – What Exactly Does This Mean?

Ilona Alexander: Based on the interviews we conducted, the “area clearance operations” followed this pattern: Large numbers of armed men (often from both the Myanmar Armed Forces and the police, sometimes accompanied by Rakhine villagers) would arrive in the village. As is confirmed by satellite imagery analysis, they would proceed to destroy many houses, mosques, schools and shops.

They would separate the women from the men. Women would be rounded up, and either told to stay inside a school or other building or outside in the burning sun. Many would be raped or would experience others forms of sexual violence, often during strip searches, either during roundups or in homes.

“Families may have had members killed, beaten, raped or taken away to an unknown location, while at the same time their homes were burned and looted.”

Women & Girls: How Did The Victims Describe The Attacks?

Alexander: The vast majority of those interviewed had experienced multiple violations. Families may have had members killed, beaten, raped or taken away to an unknown location, while at the same time their homes were burned and looted. For most interviewees, separation from their families is a major concern.

Many of the men have been detained or killed. This is one of the saddest things, because these women have experienced tremendous sexual violence – but sometimes they broke down even more when they talked about their missing husbands.

For me, the touching thing was hearing stories from the little boys who feel that now that their fathers are gone, they are responsible for protecting their mothers and sisters. But these boys have had to watch their sisters and mothers being beaten and raped, and now they feel like they have failed to protect their mothers.

Women & Girls: Your Investigations Found That One Girl As Young As 11 Years Old Was Gang Raped By Military Forces. Can You Describe This Case?

Alexander: For this girl, she started by describing to me how life was peaceful in her village before … suddenly the military appeared and started killing people [and] abusing women.

“He left the girl at home with her mother and two little brothers because he thought the military wouldn’t hurt children.”

She told me how she witnessed a man who was about 40 years old have his throat cut with a cleaver in front of her. After, the military came to her house and badly beat her parents.

After this incident, her father went into hiding from the military and took her two older sisters with him so that they would be safe. He left the girl at home with her mother and two little brothers because he thought the military wouldn’t hurt children.

The military came back to their house twice. The first time, the military came and removed her clothing and kicked her. After the clothing was removed and the girl was beaten, the military suddenly left. The next day they returned with seven soldiers and removed the mother from the house. The soldiers locked themselves in a room with the girl and gang raped her. The girl told me that she doesn’t even know how many of them raped her because she fell unconscious at times and awoke bleeding and injured after.

Women & Girls: Why Were Some Of The Women You Spoke To Targeted For Gang Rape, While Others Weren’t?

Alexander: They wanted to terrorize the population, so they took some women into public places like mosques and gang raped them while other women were outside and listening. They wanted the women outside to know what was happening so they were terrorized.

They would have around eight women and 20 men from the military in the mosque, and the men would take a turn with each woman.

I had this one 15-year-old girl tell me that she was only raped by one solider because she was not as beautiful as the girls who were gang raped. When she told me this I thought, “My God, what kind of culture is this where women think they aren’t beautiful enough to be gang raped?”

This interview has been edited for length and clarity.