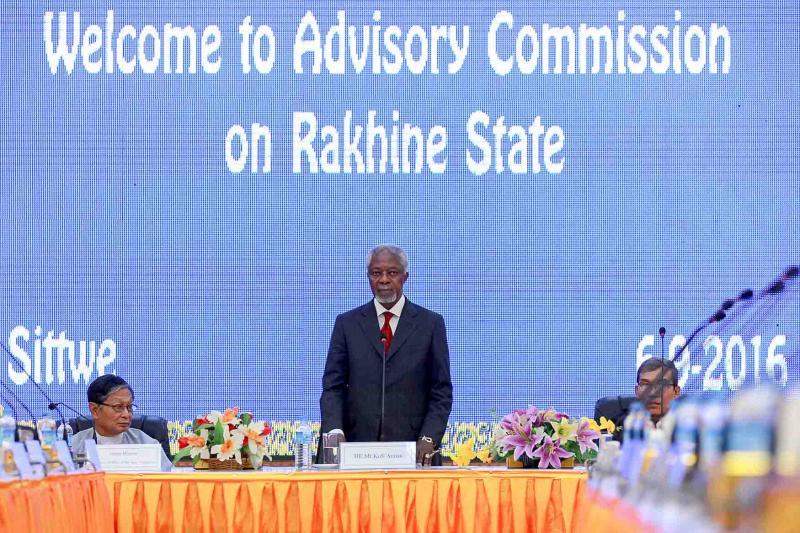 More than 120,000 people, mostly Rohingyas, have been living in what were meant as temporary shelters for internally displaced persons (IDPs) since bouts of communal violence roiled the state in 2012.

“It’s really about time they close the camps and allow the people in the camps, particularly those who have gone through the (citizenship) verification process, access to freedom of movement and all rights of citizenship,” Annan told Reuters by telephone from Geneva.

Hundreds of displaced people, whose return home would be feasible and safe, should be moved back “immediately, as a first step and sign of goodwill,” the panel said.

The panel urged the government to reconsider a failed program to verify Rohingyas for Myanmar citizenship and begin mapping the restrictions on movement by both Rohingya Muslims and their Buddhist neighbors in Rakhine.