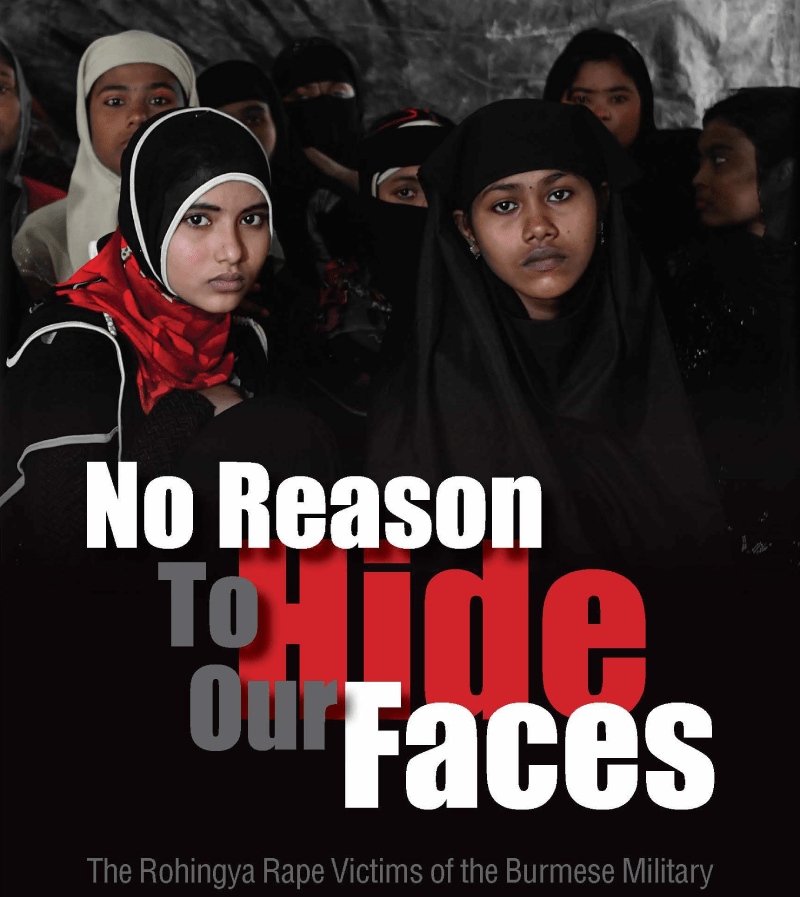 Our world has become a painful place for Rohingya women.

The Rohingya rape victims often suffer in silence and isolation, as their pain is very personal, especially for the pious religious teenagers who observe hijab. And the Burmese military knows it. So they take scores of Hijabis to a village masjid and gang rape them, including girls as young as 11, while their mothers, sisters, and other women are forced to listen to their anguish and cries.

This is their calculated method of forcing Rohingya women out of their homes in Burma. An estimated 80% of all Rohingyas in Burma have fled their country.

To add to the trauma, their men are either killed or imprisoned.

I have met many of these brave sisters featured in this booklet who declared that they don’t want to hide their faces and remain silent. They want the world to know what has happed and what is being done to them.

It is only because of their bravery, we found the courage to share their photos and their stories.

May God bless them in this world and the world to come.

May the world hear their cries for justice.

About 20 years ago, when 50,000 Muslim women were raped in Bosnia, Muslims in America came together to form the Bosnia Task Force USA. Thanks to our campaign, in partnership with the National Organizations of Women, we were able to get rape declared a war crime through the United Nations. It was the first such declaration in the international law, thanks to our efforts.

I am asking you to read this document and then volunteer to help these survivors of rape and genocide. I look forward to hearing from you. I am requesting your help in creating a movement for Rohingya women.