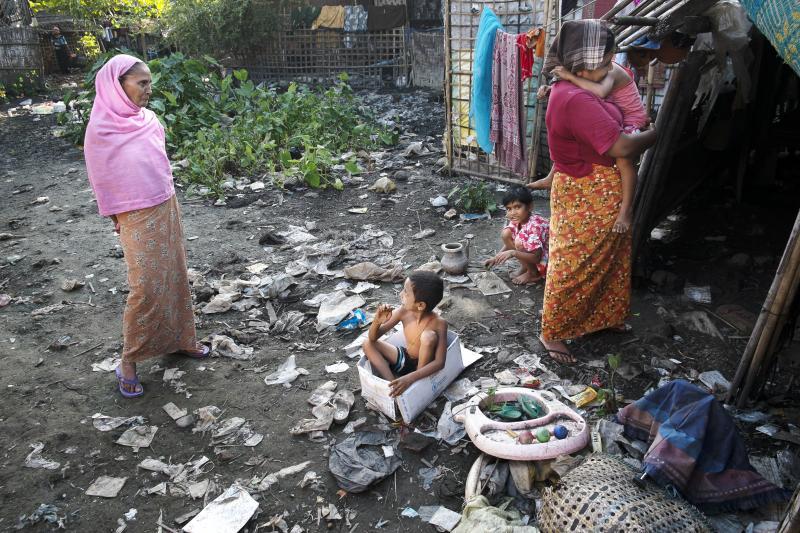 “Can anyone rule out that elements of genocide may be present?”

The United Nations defines genocide as acts intended to destroy a national, ethnic, racial or religious group in whole or in part. Since its founding five years ago Burma Task Force has stated clearly and consistently that Myanmar government policies to destroy the Rohingya Muslim minority have been genocidal, due to their comprehensive nature and considering the promotion of an ideology of demonization that not only seeks to spread misinformation and propaganda depicting this small minority community as an existential threat to the nation, but also to displace and destroy Rohingya villages on a mass scale, as well as to erase Rohingya society, culture, history, and even their name.

Some of our colleagues in the human rights community have long agreed with us on these facts but tell us that the word “Genocide” can “shut down conversation” with policymakers. This is in part because policymakers do not want to be boxed in and required to act. A U.N. convention requires all countries to act to halt genocide and to punish those responsible.

However today Zeid Ra‘ad al-Hussein, U.N. High Commissioner for Human Rights pointedly asked a special session of the 47 member UN Human Rights Council, “Can anyone – can anyone – rule out that elements of genocide may be present?”

It is significant that United Nations leadership is not only calling Myanmar policies “a textbook example of ethnic cleansing” but now signaling UN member nations that it is time to start calling a genocide a genocide. The UN is supposed to have developed mechanisms for preventing genocide and mass atrocities, strengthened since the Rwandan genocide in 1994, but leaders acknowledge these have largely failed to prevent the current humanitarian crisis. For international law to remain strong, UN member states must take their legal obligations to prevent and to protect seriously.

Those who have publicly recognized this crisis as a genocide include the Foreign Minister of Bangladesh, the President of France, eight Nobel Peace Prize Laureates, the international panel of judges at the People’s Tribunal on Myanmar along with numerous experts at Yale, Harvard and St Mary’s College. Still other think tanks and institutions including the US Holocaust Museum have reported again and again on the numerous “warning signs of genocide” in Myanmar.

Genocides vary in their manifestation. Some move quickly, as in Rwanda, and some develop slowly, worsening over many years, as anti-Rohingya policies did in Myanmar until August 25, when mass atrocities and displacement speeded up to an unprecedented degree. It is tragic that despite the consistent efforts of Rohingya activists and allies in the human rights community, that nation states still make excuses for the government of Myanmar and fail to prevent mass suffering. Diplomats even prefer the false hope of the current Repatriation Agreement between Bangladesh and Myanmar to honest confrontation.  The High Commissioner for Human Rights has also stated today that none of the 626,000 recent Rohingya refugees fleeing Myanmar should be repatriated unless there was robust monitoring on the ground. How is it possible to guarantee Rohingya safety and their return to their own lands and properties without more serious engagement by the international community? In our view, this requires an official acknowledgement that a genocide is and has been present.