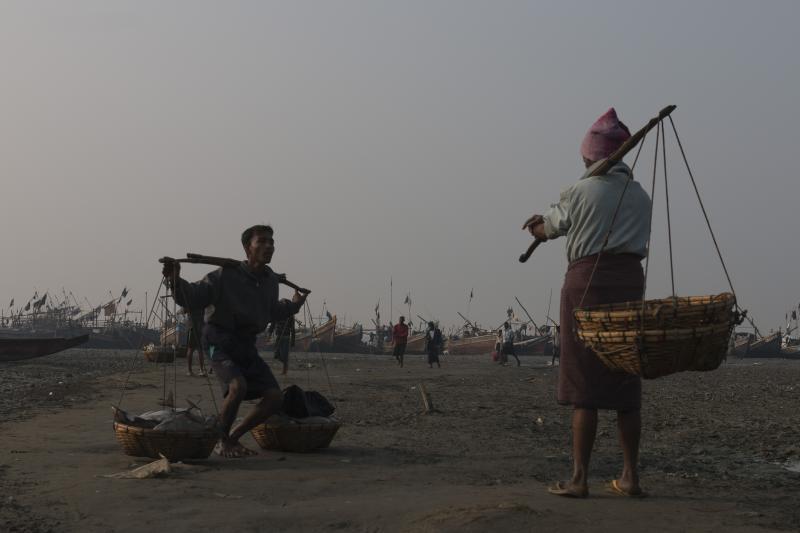 Despite decades of state sanctioned Islamophobic propaganda and attacks on the Rohingya community, there are still a few places in Burma’s western Rakhine state where intercommunal friendship and peaceful coexistence exist.

“Sin Tet Maw and the surrounding Buddhist fishing villages in Pauktaw township are very remote. With mountains on one side and sea on the other, interaction with the outside world requires a boat. Buddhist and Muslim neighbours have long relied on each other for trade and assistance.”

Many other villages in Rakhine state have come under attack by extremists, forcing Rohingya Muslim villagers out of their homes and into a life in squalid camps. Notwithstanding, the fact that these “Internal Displacement Camps (IDP)” are, at least theoretically, supposed to be temporary in nature as a means to prevent further attacks, they have for all intents and purposes become a policy of segregation by the state.

“Elsewhere in Rakhine, community tensions between Buddhists and Muslims remain at a flashpoint, but U Ka Lu (Muslim) and U Tun Aye Thein (Rakhine Buddhists) have joined together as community representatives to protest against an IDP camp on their doorstep. The camp, they say, poses a far bigger threat to good Buddhist-Muslim relations locally than the religious violence that drove the displaced people to their area in the first place.”

Both men have come to the same conclusion, that the segregation between Muslims and Buddhists has changed the good relationship between the communities. The communities can no longer go to the same school, don’t visit each other’s families and have become less and less familiar with each other. It seems like a daunting task to have the different communities live together in peace, especially in other places in Rakhine where fear and distrust are much more prevalent.

It is not surprising then where U ka Lu and U Tun Aye Thein lay the responsibility: “Here we’ve lived together for a long time, so we don’t think it will be a problem in the future for us to be living together again,” said U Ka Lu. “But in other places it depends on the government. All matters are decided by the government. Maybe they should just tell the people they have to live together peacefully.”