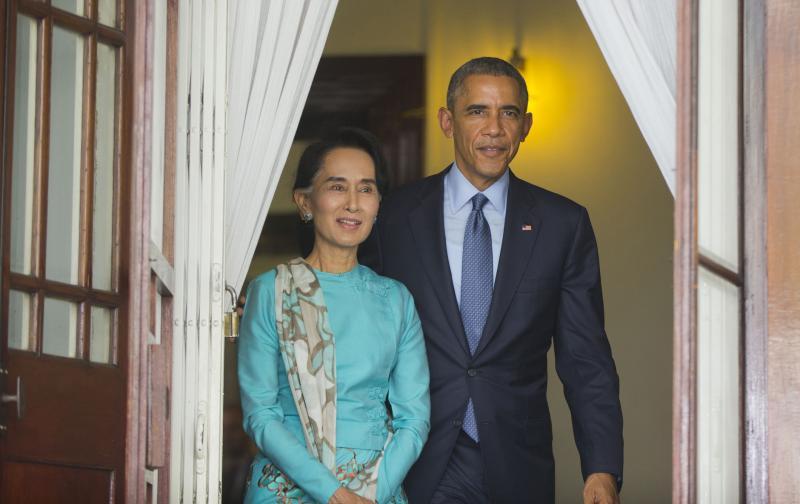 The sanctions that are in place against Burma are set to expire next week. Human rights groups, including Burma Task Force, have called on the US government to renew its sanctions, since the government of Burma has not changed its repressive policies against minorities.

U.S. lawmakers of both parties have also urged Obama to renew the sanctions authority that expires on May 20.

In a letter to the president this week, seven House members said that despite the electoral success of Suu Kyi’s party, “there is no path toward ending the military’s extraordinary and powerful role in civilian politics.” Under the current, junta-era constitution, the military controls three key government ministries and 25 percent of parliamentary seats.

Congressional aides briefed by the administration this week said they expect the sanctions authority to be renewed but for some non-military state-owned enterprises to be either removed from the Treasury blacklist, or get waivers. The aides spoke on condition of anonymity as they were not authorized to discuss the matter before the announcement. The aides said that the administration is also considering the duty-free trade benefits for Myanmar, but it’s unclear when that might happen.