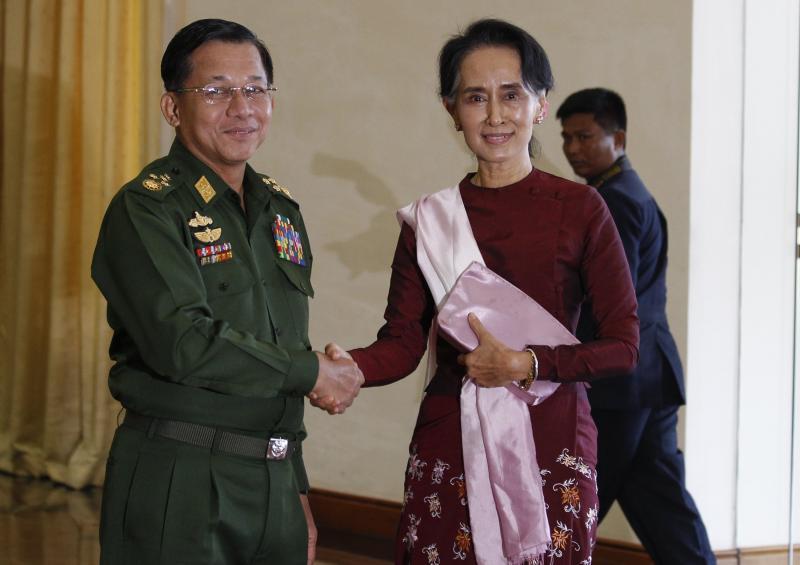 Myanmar has no Rohingyas and will not accept the term, Commander-in-Chief Senior General Min Aung Hlaing told a press conference held at his offices on May 13.

Protesters marched on the US Embassy in Yangon last month after it used the word Rohingya in a statement of condolence for the deaths of at least 20 people whose boat capsized on April 19 off the Rakhine coast.

The commander-in-chief said there were no Rohingyas, only “Bengalis”, meaning people from Bangladesh. They were sent to Rakhine State after it was colonised by the British following the First Anglo-Burmese War of 1824. “They are large in number and have been called ‘Bengalis’. They were called Rohingyas under former prime minister U Nu to win their votes. It was illegal. The term Rohingya does not exist and we will not accept it.”

Min Aung Hlaing said he used to be regional commander of the state and wanted to see it develop, adding that he was doing what he could for peace. Armed groups could not secure their aims with conflict. “We are working with great care but there cannot be a solution unless conflict is reduced,” he said.