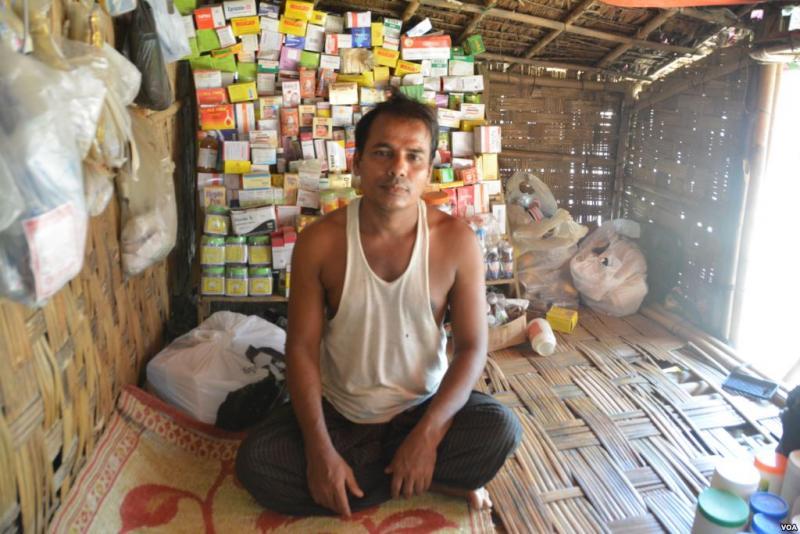 The ruling NLD party and its leader Aung San Suu Kyi inspired a lot of excitement in a new future when it swept elections this past November. For many of Burma’s long suffering ethnic minorities, including the Rohingya Muslims, her victory provided them with a ray of hope that their future could be greatly improved, and they might finally be recognized as citizens.

These hopes in the future have been dashed, as VOA reports:

Until last year, poverty, poor living conditions and restrictions on travel and government services motivated thousands of Rohingya—some 120,000 of whom live in camps—to go on a perilous, often deadly, boat journey to Malaysia to find work.

“Nowadays, only a few are going. The main reason is not the danger of the journey, it’s because the NLD (National League for Democracy) took power. Some people hope that the situation here will improve a little,” said Ayub Khan, adding that departures also dropped because the Thai navy cracked down on the people smuggling boats. “When the NLD won the elections, I also got more hope that we could get equal opportunities,” he said.

His remarks represented some of the cautious optimism found among the Rohingya during interviews in Rakhine early last month after the National League for Democracy assumed office.

Recent NLD measures cause worry among the Rohingya

But these hopes have since been dashed by the controversy over the new government’s request for the U.S. embassy to refrain from using the term Rohingya, and by a recent media report that the government had restarted a contentious citizenship verification process among the Rohingya.

UNHCR’s (the United Nations refugee agency) Myanmar office spokesperson Kasita Rochanakorn confirmed the latter measure with VOA this week, saying, “We have heard from the Myanmar Government that it is resuming the citizenship verification process.” The UN Refugee Agency urged authorities to ensure that the process is “voluntary and consultative, and results in tangible changes in the lives” of those granted citizenship.

With these recent steps, the NLD government continues the stance of its military led predecessor, which rejected demands of the roughly one million stateless Muslims. Most say their families have lived in Rakhine for generations and they want to be recognized as citizens termed Rohingya. The previous government said many migrated illegally from Bangladesh in recent decades and it labelled them “Bengalis”—a view that is being championed by a powerful nationalist Buddhist movement.

Kyaw Hla Aung, a Rohingya community leader from Thet Kel Pyin Village, said that the NLD’s recent decisions had lowered spirits among Muslim communities. “People are very sad now because the NLD did nothing for us yet and they have had no contact with us,” the former lawyer and ex-political prisoner said.