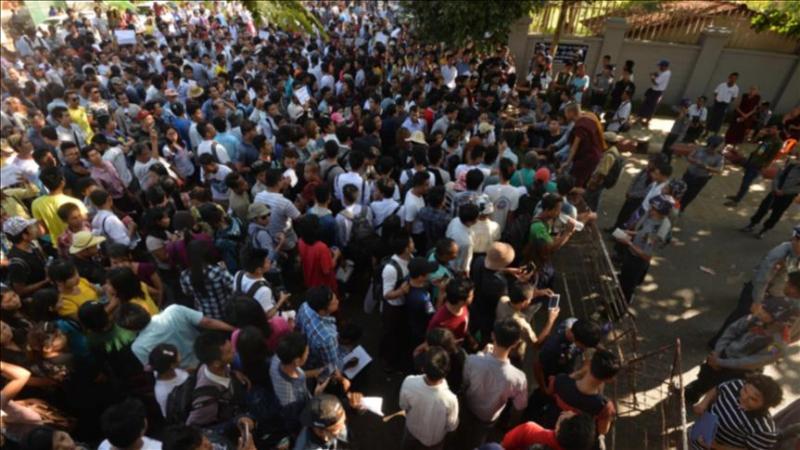 Extremists are never satisfied when you capitulate to one of their demands, they will always follow it up by asking for more. By caving to extremists, Suu Kyi has set herself up for more hatemongering demands from the Ma Ba Tha.:

Myanmar nationalists announced Wednesday that a series of protests were planned across major cities to demand that the government declare that there is no Rohingya ethnicity in the country.

The demonstrations are aimed at pressuring President Htin Kyaw and state counselor-cum-foreign minister Aung San Suu Kyi to denounce the United States embassy for using the word to describe the stateless and persecuted Muslim minority.

Monks from hardline Buddhist group Ma Ba Tha — the Committee for Protection of Race and Religion — are among the nationalists set to gather Wednesday for a rally in coastal Ayeyarwady Division’s capital.

Yin Lay, an organizer of the protest in Pathein, told Anadolu Agency, “we would demand that the authority, especially Daw Aung San Suu Kyi, clearly say Rohingya would never be accepted as one of Myanmar’s ethnic groups.”