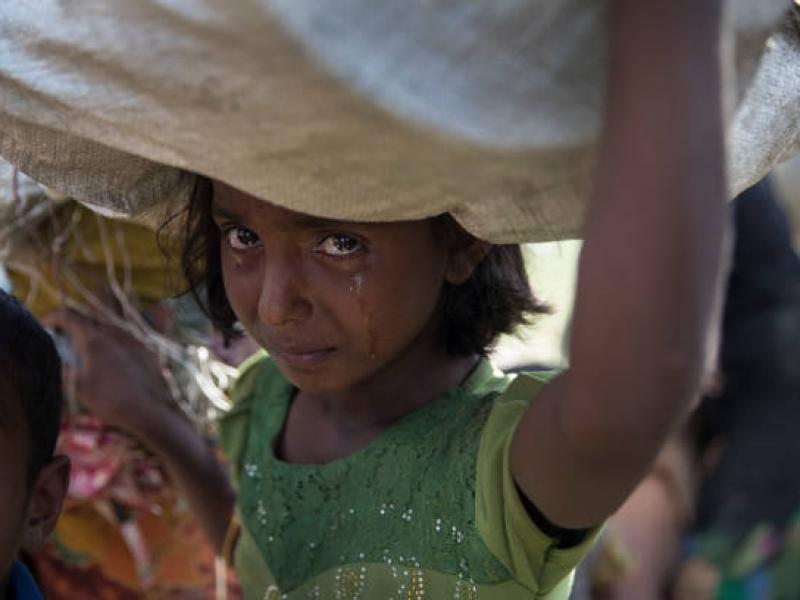 The UN General Assembly has begun. It happens once a year.
The UN Security Council will meet.
All the world’s leaders will gather in New York at this time.

This week the UN has issued a 440-page report calling the persecution and displacement of Rohingya a genocide. But the Rohingya people don’t need any more reports. The UN must follow all the recommendations made by the Fact-Finding Report and not turn a blind eye.

But unless YOU push for action nothing will happen. And here is what Rohingyas are looking for:

Referral to the International Criminal Court (ICC), ideally by the UN Security Council, but potentially by any UN member state that supports the ICC. Punish those responsible for this genocide!

Ask UN member states to support strong language in the upcoming General Assembly Resolution, calling the crimes against the Rohingya a genocide and ensuring justice for Rohingya through restoration of property and citizenship.

Put strong sanctions on Burma until the government restores Rohingya citizenship and security. These sanctions include an immediate embargo on selling arms to Burma’s brutal military!

Six years ago, Burma Task Force has not only determined that the persecution of Rohingya Muslims is a genocide but had 7 Nobel Laureates signing on to our statement that it is a “textbook case of genocide.” This is the only genocide, which has been fully documented through satellite.

Time is now to stop the genocide of Rohingyas. It will ensure that the Kachin Christians in Burma do not face the same fate. It will also give a clear and loud message to China, which has taken a genocidal path towards its minorities by sending millions of Uyghur Muslims to concentration camps.

Our Asks from the U.S. Govt:
The United States has done good work thanks to your efforts: though not all of the Trump administration supports the ICC, the U.S. government has committed $230 million in humanitarian relief for the Rohingya.

Be appreciative before you ask:

United States should lead at the UN General Assembly to declare the Rohingya crisis a genocide.

United States should put full sanctions on Burma, minus food and medicine, until it provides the Rohingya citizenship and security.

Support the criminal trial of those responsible for genocide.

Ask Muslim Countries to Stand up Against Rohingya Genocide:

Please call ambassadors of Muslim-majority countries to the United Nations to:

Push the UN Security Council to call it genocide and put full sanctions on Burma until it gives them citizenship and security.

Ask China to stop its anti-Muslim attitude: after supporting Rohingya genocide, China has detained 3 million Muslims in concentration camps without trial or charge. Ask them not to veto UN resolutions on Burma.

The Embassy of the Republic of Indonesia:

The Embassy of the Islamic Republic of Pakistan: Phone: 202-243-6500 • http://embassyofpakistanusa.org/contact-us/ @PakEmbassyDC

The Embassy of the Republic of Turkey:

The Embassy of the Hashemite Kingdom of Jordan:

Why it is critical

We must stop the Rohingya genocide. Failing to do that will encourage other countries to attack minorities. For example, India, following the Burmese model, has taken away the citizenship of 4 million Muslims and China has sent over 3 million Uyghur Muslims to Chinese concentration camps.

Can You Host a Callathon?

Invite some friends over for tea or coffee and call the embassies listed on our website together.

Arrange a Callathon at Your Place of Worship or at Your College or University.

Email hena@justiceforall.org for details on how to host a successful Callathon.

“So as we continue to witness China’s behemoth governmental apparatus continue to persecute Uighur Muslims to Burma’s military leaders leading the genocidal charge against their Rohingya Muslim population—if the world does not awake soon—we could see other authoritarian governments around the world follow China and Burma in implementing similar anti-Muslim policies in their ultimately doomed efforts to erase Islam from their lands.” Writes Arsalan Iftikhar in the Islamic Monthly.

“I urge the Council to pass a resolution, and refer the matter to the General Assembly for its endorsement so that such a mechanism can be established.” -The new UN human rights commissioner, Michelle Bachelet.

Text BURMA to 41411 to stay up to date about the Rohingya Genocide!

Donate, support and volunteer with Burma Task Force. BTF is one of the few campaigns devoted to raising awareness and advocating full time to stop the genocide against the Rohingya Muslims!