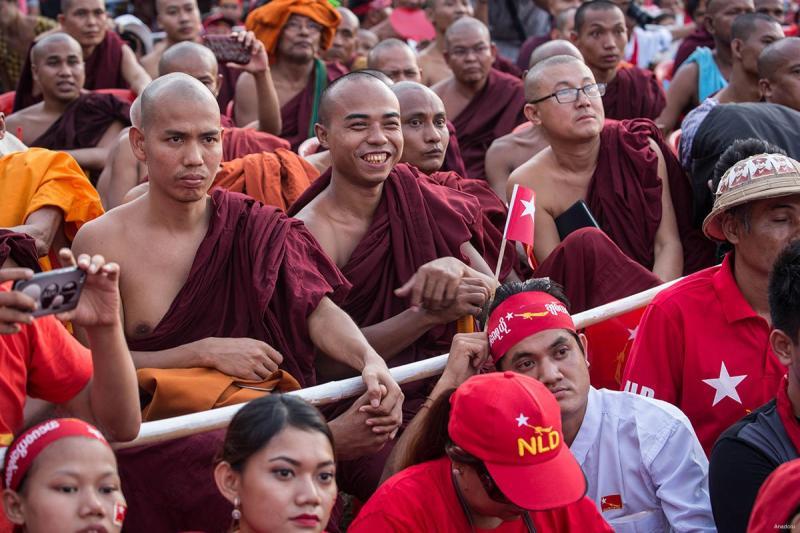 What do you think of when you hear the word “democracy”?  Voting, certainly – an activity which has been consuming Americans this primary election season. But voting is meaningless without basic rights and liberties. So despite the fact that Burma just democratically (well, mostly) elected a new President, they’re lagging far behind the world’s expectations in the area of rights and liberties.

For one thing, an inhabitant – I say “inhabitant” because certain ethnic and religious groups, most notably the Rohingya, are denied citizenship – cannot expect a fair trial.  According to civilrightsdefenders.org, “Laws are selectively and broadly applied to persecute those who vocalize criticism” of those in power.  While political prisoners are given increasingly shorter jail terms, they’re also tried & imprisoned multiple times, indicating that their release may be little more than a PR stunt. Legal education in Burma is substandard, leaving those on trial without appropriate counsel. The military is permitted to interfere with the judiciary, something unthinkable in a truly democratic nation.

While the military’s stranglehold on the media has been relaxing, allowing independent news outlets to proliferate & flourish, journalists are still silenced through detention, imprisonment, and mistreatment while in prison, as evidenced by the recent death of a journalist in custody. In the United States, the press is considered so essential to democracy it’s nicknamed “the Fourth Estate” (after the executive, legislative, and judicial branches of government).  Without a fully functioning Fourth Estate, one cannot expect the other three Estates in Burma to be accountable to the people, and therefore democracy falls short.

Finally, “democracy” implies a sense of equality among people before the law.  In Burma, this is simply not true. Most ethnic and religious minorities suffer some sort of persecution or disenfranchisement.  Non-Buddhists in Burma have a very difficult time obtaining equal rights.  At Justice for All, we work primarily on issues with the Rohingya Muslims in Burma’s Rakhine state. These individuals suffer so many restrictions, indignities, and abuses that Yale Law School’s Lowenstein Clinic and many other experts have termed the situation a genocide.  This is so because the conditions they live in appear ‘calculated’ to cause their demise.  No matter how many freedoms were bestowed upon other groups in Burma, the case of the Rohingya alone would prohibit true democracy there.

The National League for Democracy Party and their new President Htin Kyaw will take power in Burma next month.  So far they’ve been pretty silent about the Rohingya, though they have extended an olive branch to other ethnic and religious minorities, and their commitment to the ideals of civil liberties is undeniable. However, with the military still controlling 25% of Parliament and many key ministries, it’s difficult to say just how much progress the N.L.D. will be able to make. Let us hope they will commit to overturning the abuses that currently exist in their government – and pressure them to do so in any way we can.

by Jennifer Sawicz, Media Relations Director, Justice for All
21 March 2016