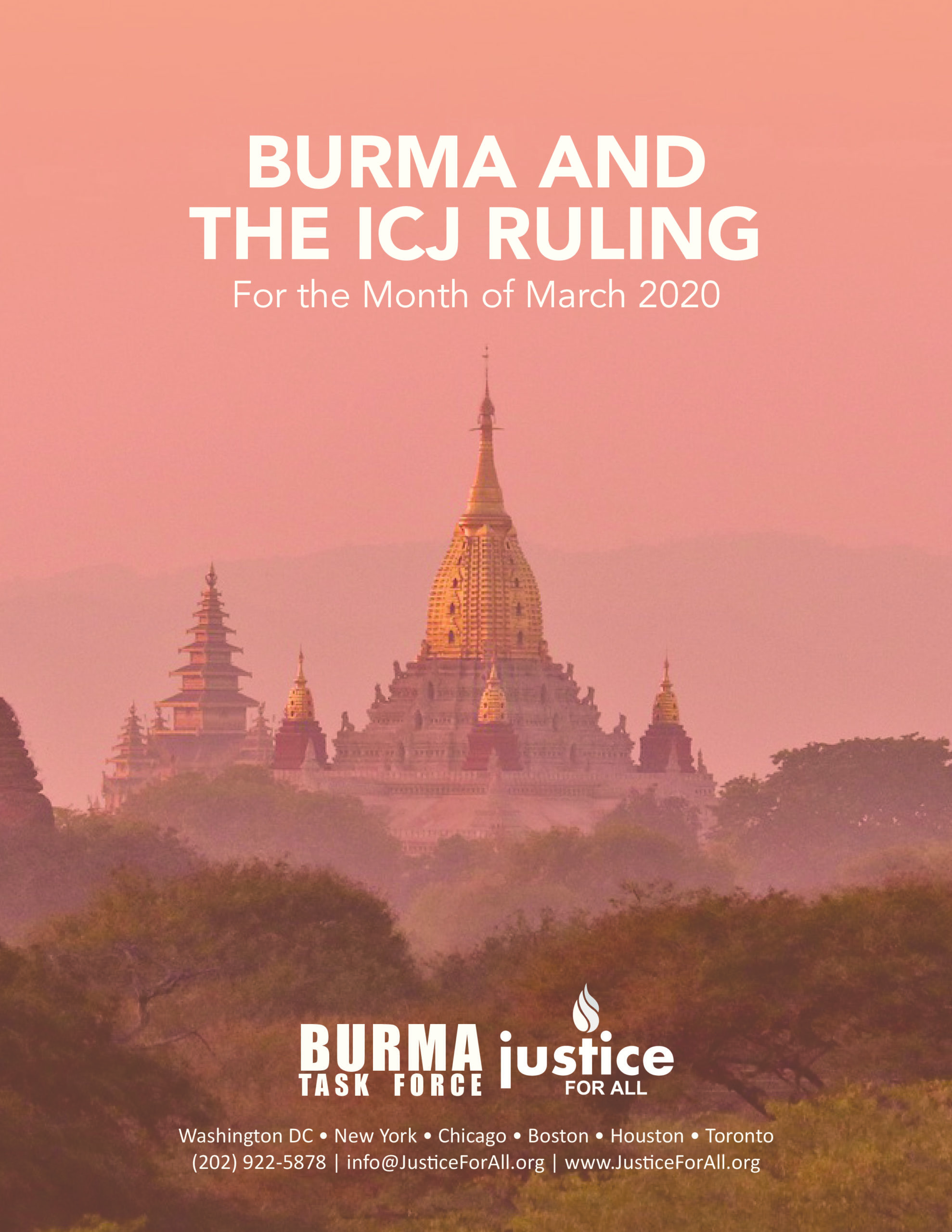 On January 23, 2020, the International Court of Justice (ICJ) issued four “provisional measures” directing the government of Burma (Myanmar) to protect the Rohingya minority from the crime of Genocide.  The Burmese government is now required to submit an initial report after four months and thereafter at 6-month intervals, detailing efforts to implement these legally binding directives.

In our first monthly report, the human rights advocacy NGO Justice for All/Burma Task Force considered Burma’s compliance with ICJ directives to protect the Rohingya minority from Genocide and to ensure government accountability. We determined that the government and military largely failed to abide by ICJ provisions in the month of February 2020.

In this second monthly update, we note the same disappointing patterns continue in March. Moreover, at a time when the safety of the population depends on communication, coordination and unity to fight the coronavirus pandemic, the government of Burma and the Burmese Army seem to see the health emergency as an opportunity to increase the level of repression, especially against Rohingya and other ethnic communities. Given the Rohingya people’s extreme lack of access to health care, along with communications blackouts in Rakhine State, mass fatalities look increasingly inevitable.

In the two months since the rulings, the Burmese military does not appear to have adjusted its brutal ways in any discernable way. With the UN Secretary General calling for a global ceasefire in all nations for the duration of the health crisis, numerous ethnic armed organizations have agreed to lay down their arms, but the Burmese military continues killing innocent civilians. Furthermore, additional restrictions now prevent the free flow of information. In late March, Burmese journalists reporting on the ethnic states’ conflict were arrested and for the first time in nine years several ethnic media websites have been blocked.

Many ethnic groups have shown increased support for the Rohingya cause because of the ICJ hearings. Though the suffering of the Kachin people, among others, are highlighted in the UN Fact-Finding Mission report, they are not included in the ICJ case. Kachin Women’s Association Thailand (KWAT) representatives have said that they hoped the ruling would allow for a greater discussion of other abuses against ethnic communities, in order to build greater support for pluralism in Burma.