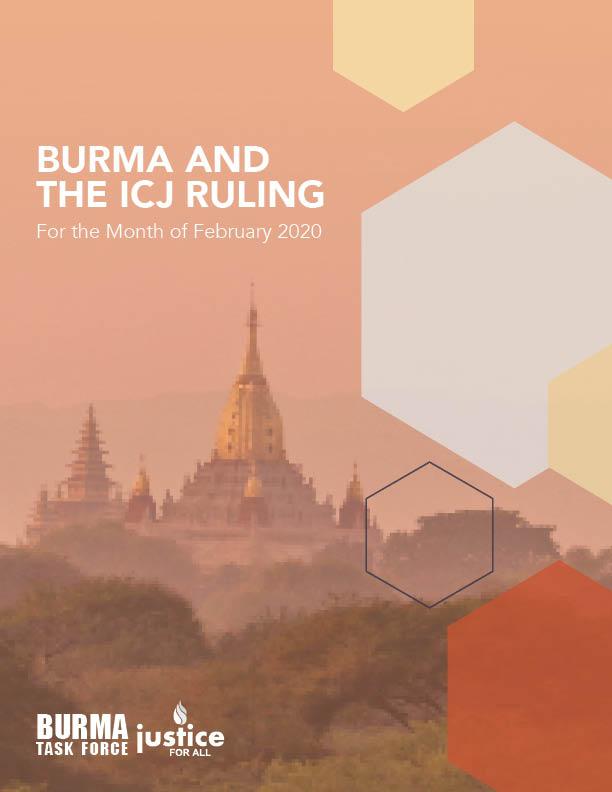 On January 23, 2020, the International Court of Justice (ICJ) issued four “provisional measures”22 directing the government of Myanmar to protect the Rohingya minority from the crime of Genocide.At the request of the ICJ, the government of Myanmar is now required to submit an initial report after four months and thereafter at 6-month intervals, detailing efforts to implement these legally binding directives. Importantly, the ruling recognizes the Rohingya as a protected class, shielded under the Genocide Convention, contrary to Burmese government claims. Therefore, the ICJ Provisional Measures require prevention of the following:

(a) Killing members of the (targeted) group;

(b) Causing serious bodily or mental harm to the members of the group;

(c) Deliberately inflicting on the group conditions of life calculated to bring about its physical destruction in whole or in part; and

(d) Imposing measures intended to prevent births within the group.

Will Burma develop the political will to ensure compliance? Will legal and constitutional weaknesses be corrected to strengthen accountability mechanisms? These questions point to major challenges ahead. As this report will demonstrate, there have been few if any significant signs of progress in Burma in 2020. On the contrary, in the weeks after the ICJ ruling the Burmese army stepped up its violent attacks on civilian areas, resulting in numerous casualties and mass displacement. The Rohingya’s lack of access to food, health, education before the ICJ provisional measure remains unchanged, and Rohingya freedom of movement remains highly restricted.

Introduction As a program of the human rights advocacy organization Justice for All, Burma Task…

Introduction The Rohingya people of Rakhine State, Burma, have suffered from years of discriminatory legal…