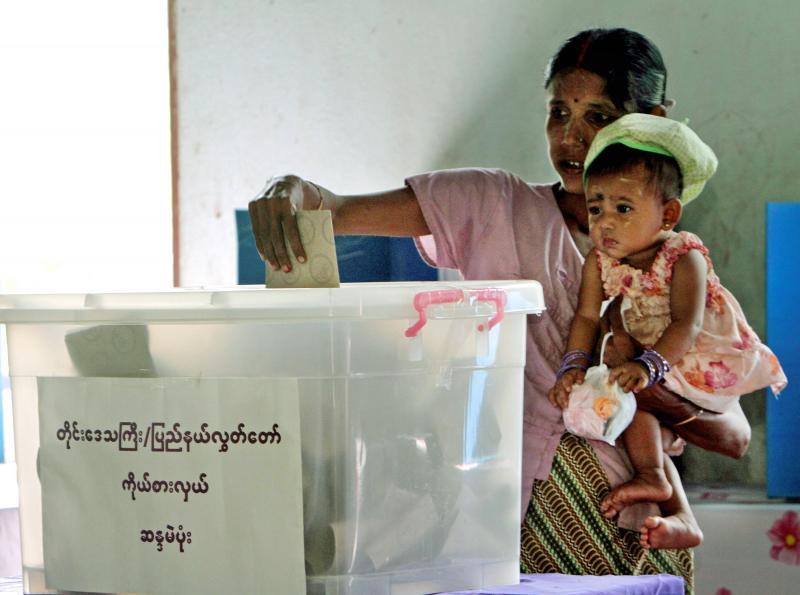 Yesterday Burma (Myanmar) finally held a national election. Even before the results are confirmed, news stories are already celebrating the movement towards democracy as a success.

“However, with three quarters of a million human beings disenfranchised from the vote, is this really a free and fair election?” asked Malik Mujahid, Chairman of Burma Task Force USA, a nationwide program working to raise awareness of human rights concerns in Burma.

“Despite being a people indigenous to the country, in 2014 the Rohingya Muslims were excluded from the National Census that was in fact funded and promoted by the international community. Moreover, following this unhelpful census, for the first time all the Rohingya were removed from the voter rolls this year. The Burmese military’s decision to scapegoat this long suffering minority group is part of an overall strategy to divide the people and maintain economic and political control behind the scenes.”

The Burmese people have shown admirable patience; not only for waiting in lines to vote this week but for their many sacrifices over many years that made it possible for many to vote in this election. But surely the Burmese people deserve a free and fair election that does not exclude on the basis of religion and ethnicity. And surely the Rohingya people deserve to vote and receive all the rights that others enjoy.

In recent years the members of this minority population have lost the right to travel freely, receive education, and marry as they choose. Military authorities work with religious nationalist movements that distort both Buddhism and national history to suggest that this helpless population presents a threat to the whole nation. The President of Burma has called for the entire Rohingya population to be relocated to a third country. Orchestrated mob attacks have chased over 140,000 into miserable internal displacement camps; and government collusion with traffickers has forced hundreds of thousands more to become refugees in neighboring nations.

This year seven Nobel Peace Laureates called this situation a “textbook case of genocide in which an entire indigenous community is being systematically wiped out by the Burmese government.” This suffering is a slow burning genocide, one that we can still arrest in its deadly forward motion if we have the political will to do so.

US President Obama stated last year, “The Rohingya … hold within themselves the same dignity as you do, and I do. National reconciliation will take time, but for the sake of our common humanity, and for the sake of this country’s future, it’s necessary to stop incitement and to stop violence.” Yesterday, US Secretary of State John Kerry issued a statement in which he said that the elections were “far from perfect” and in which he recognized the disenfranchisement of voting rights of the Rohingya and the “arbitrary application” of citizenship and residency requirements (which we note disproportionately affected Rohingya and Muslim candidates).

Burma Task Force asks the international media and policymakers to serve the people of Burma honestly and not minimize abuses such as disenfranchisement. The persecution and exclusion of the Rohingya does not deserve to be a footnote to a story of blind hope.

Last week US Senate Majority leader Mitch McConnell rightly called for an end to trade preferences with Burma because of the defeat of constitutional reform, not to mention the ongoing harassment of local journalists as well as exploitation and confiscation of lands. However, Senator McConnell also send messages that the US would be “reasonable” in its expectations.  Given its history of intransigence, ending mixed messages to the Burmese government may only result in impunity for the persecutors.

Our message to the Burmese government must be clear: Burma will not be considered a free and fair democracy unless Rohingya and other ethnic minorities are allowed to participate as full citizens, and unless the Burmese military is not constitutionally entrenched in power.