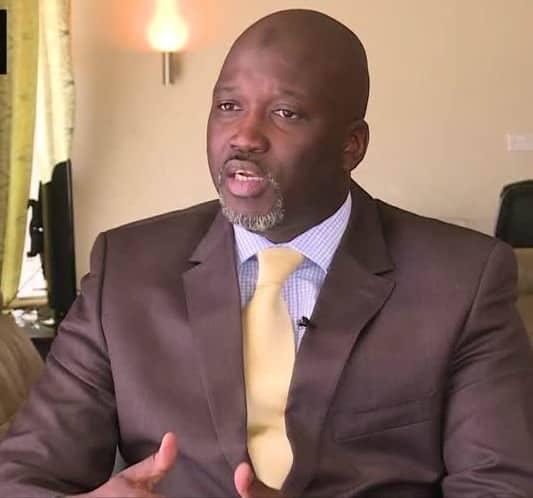 Now, at a dramatic moment of crisis when the Burmese military has once again halted democracy in its tracks, and other nations evade their responsibilities under the UN Charter, the nomination of Abubacarr Tambadou for the Nobel Peace Prize this year reminds us all that the international justice system still matters.

Burma Task Force congratulates Mr Tambadou on his nomination for this well-merited honor, recognizing his commitment to stopping the Rohingya genocide and ensuring justice for survivors of mass atrocities. As Justice Minister of Gambia, Mr. Tambadou brought a ground-breaking genocide case to the International Court of Justice (ICJ) in 2019.

Betraying the expectations placed in her as a winner of the Nobel Peace Prize in 1991, Aung San Suu Kyi denied the Rohingya genocide at the same ICJ trial. It would be therefore a meaningful corrective to award the Nobel prize to the man who has brought the case to the court. Moreover, Mr. Tambadou obtained provisional measures to compel Burma (Myanmar) to protect the Rohingya while the case continues, and to preserve any evidence connected to allegations of genocide. This protection would not have happened if not for this courageous and principled man. For the first time, the Court recognized the Rohingya as a group meriting protection under the Genocide Convention.

In May 2018 on a trip to Bangladesh for the OIC Council of Foreign Ministers, Justice Minister Tambadou met some of the Rohingya survivors of these crimes. Having prosecuted atrocity crimes in Rwanda for over a decade, he knew that what the Rohingya suffered was genocide.

“When others failed to respond to genocide, he acted. He has single-handedly demonstrated the power of international justice mechanisms, sparked the hope for justice for the Rohingya, and laid the seeds for long-lasting reconciliation in The Gambia. His work has become a beacon of light for the entire world,” declared Imam Malik Mujahid, founder of Justice for All, an NGO that has worked to promote human rights for persecuted minorities, including the Rohingya through its program Burma Task Force. “He has shown that international justice is meaningful and can be transformative.”

From 2017 until recently, Mr. Tambadou was serving as the Attorney-General and Minister of Justice of the Republic of the Gambia. Mr. Tambadou pushed for and oversaw the creation of The Gambia’s Truth, Reconciliation and Reparations Commission (TRRC), which was formed on 15 October 2018. The public has heard public testimony regarding the myriad of crimes committed by the previous Jammeh regime, providing much needed truth telling for the country. And, when forces loyal to that regime began to spread rumors of return in early 2020, Mr. Tambadou boldly proclaimed that Jammeh would be arrested if he stepped foot in The Gambia.

“Gambia is a country 7,000 miles from Burma. Bringing its case successfully to the International Criminal Court, reminds us that as human rights are universal, so is the responsibility to protect them,” added Adem Carroll, UN Programs Director for Justice for All. “This bears out Martin Luther King’s famous saying that “injustice anywhere is a threat to justice everywhere,” and that we all must act regardless of who we are or where we live. That’s also in the spirit of the UN Charter and the Universal Declaration of Human Rights.”

Burma Task Force is a project of Justice For All, a faith based human rights organization with consultative status at the United Nations. Source: Religion News Service