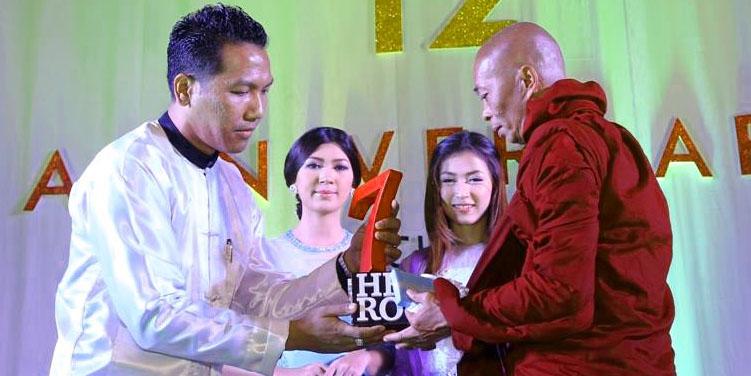 Here is a Buddhist monk who acts like one:

Out of compassion and courage U Wi Thode Da from Ra Da Na Oo Monastery in Meikhtila saved 800 Burmese Muslims who took refuge in his monastery when their community in Meikhtila was violently attacked and massacred by state-backed mercenaries in March 2013.

95% of the comments on the Facebook post were favorable to the monk’s efforts – many said that he was courageous and inspiring.

7 Days News’ award – 7 Days News Hero for 2013 –  was given by a US educated Burmese publisher whose father ex-major Win Aung was minister of foreign affairs under previous military government. Win Aung was jailed due to his efforts at reform, where he died.

The story is about how he stood up to the armed thugs who pursued the fleeing Muslims into his monastery – where he is the head abbot with about 35 other monks.   He told the thugs, “You need to kill me first before you can get to my Burmese muslim friends and neighbors.”

U Wi Thode Da is 55 years old and has been in his monestary order for 35 years.