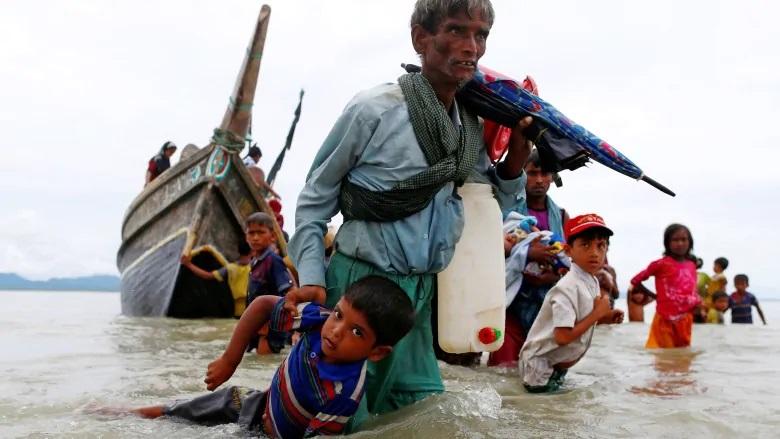 Rohingya refugees walk to the shore after crossing the Bangladesh-Myanmar border by boat through the Bay of Bengal in Shah Porir Dwip, Bangladesh, on Sept. 10. (Danish Siddiqui/Reuters)

The federal government has announced $2.55 million in funding to United Nations agencies grappling with a huge influx of Rohingya refugees fleeing Myanmar in recent weeks to escape what the UN’s human rights chief has called a “textbook example of ethnic cleansing.”

The Canadian funding announcement follows an urgent appeal by the office of the UN Resident Co-ordinator in Bangladesh last week, calling for $77 million US to help humanitarian agencies operating in Cox’s Bazar, in eastern Bangladesh, to assist people who have fled violence in Myanmar’s Rakhine state, where many of the Rohingyas have lived for generations.

Nearly 400,000 Rohingyas, a Muslim minority fleeing a brutal crackdown by the Burmese security forces in predominantly Buddhist Myanmar, also known as Burma, have crossed the border with Bangladesh since the latest flare-up of violence on Aug. 25.

That’s on top of 400,000 Rohingya refugees who were already in Bangladesh.

“Canada remains deeply concerned about the violence in Rakhine state and the displacement of more than 375,000 people into Bangladesh since late August,” International Development Minister Marie-Claude Bibeau said in a statement. 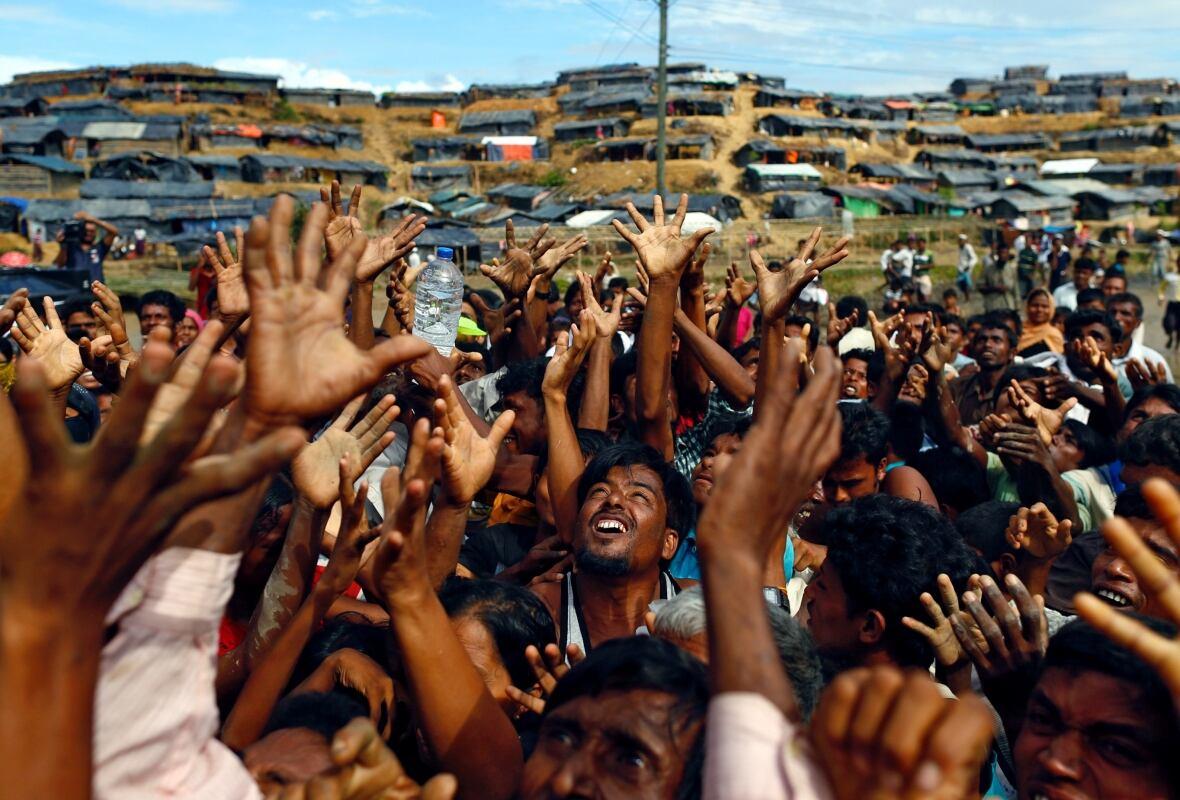 The Canadian funds will be directed at programs providing therapeutic feeding for pregnant women and for small children, clinical care and psychosocial counselling for survivors of sexual and gender-based violence, emergency obstetrics and newborn care and to build child-friendly spaces, Bibeau said.

About 60 per cent of the refugees are children, said Jean-Jacques Simon, a Canadian who serves as chief of communications for UNICEF in Bangladesh.

“Any funding of that sort is extremely appreciated, extremely welcomed and extremely needed,” the former Montrealer said in a phone interview with Radio Canada International from the capital, Dhaka.

UNICEF, which will receive $550,000 from Ottawa, is appealing for $7.3 million US to help it deal with the crisis and care for the children and their families in the next four months, Simon said.

“The task in front of us is just huge and we know that we’ll need a lot more,” Simon said. “This crisis is for the long run, it’s not just for a few days or a few weeks, we’re talking about a few months here.”

Many of the refugees arrive in very poor condition after having trudged for days through muddy rural roads and rice paddies, said Simon, who witnessed first-hand the conditions of refugees arriving in the remote areas around Cox’s Bazar. 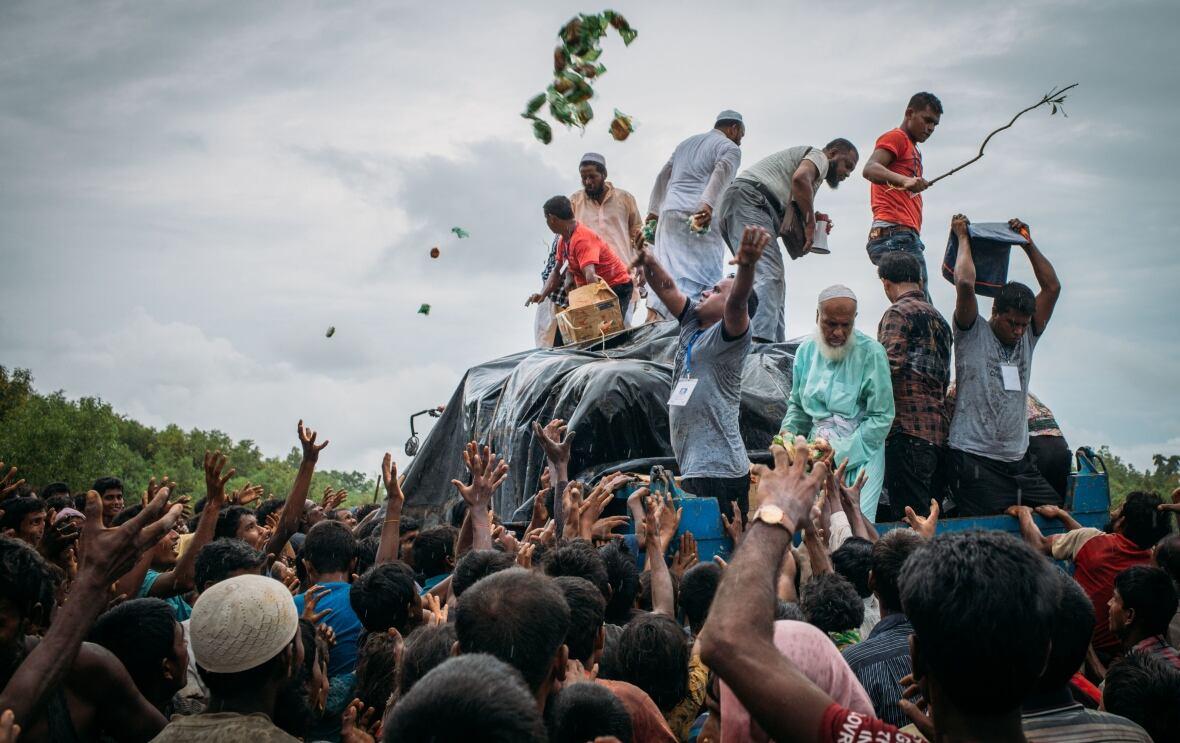 Many of the children are unaccompanied or have been separated from their parents and family members, and arrive in such poor nutritional state they need urgent and specialized nutrition support services, he said.

The agency has been providing services related to protection, education, nutrition as well as water and sanitation in makeshift camps and in remote areas near the border, Simon said.

On Monday, the United Nations human rights chief lashed out at the treatment of the Rohingya in Myanmar.

The latest security operation in Rakhine state following attacks by Rohingya militants on Aug. 25 against 30 police posts was “clearly disproportionate and without regard for basic principles of international law,” Zeid Ra’ad al-Hussein told the UN Human Rights Council in Geneva.

“The situation seems a textbook example of ethnic cleansing,” al-Hussein said, noting that the current situation cannot yet be fully assessed since Myanmar has refused access to human rights investigators. 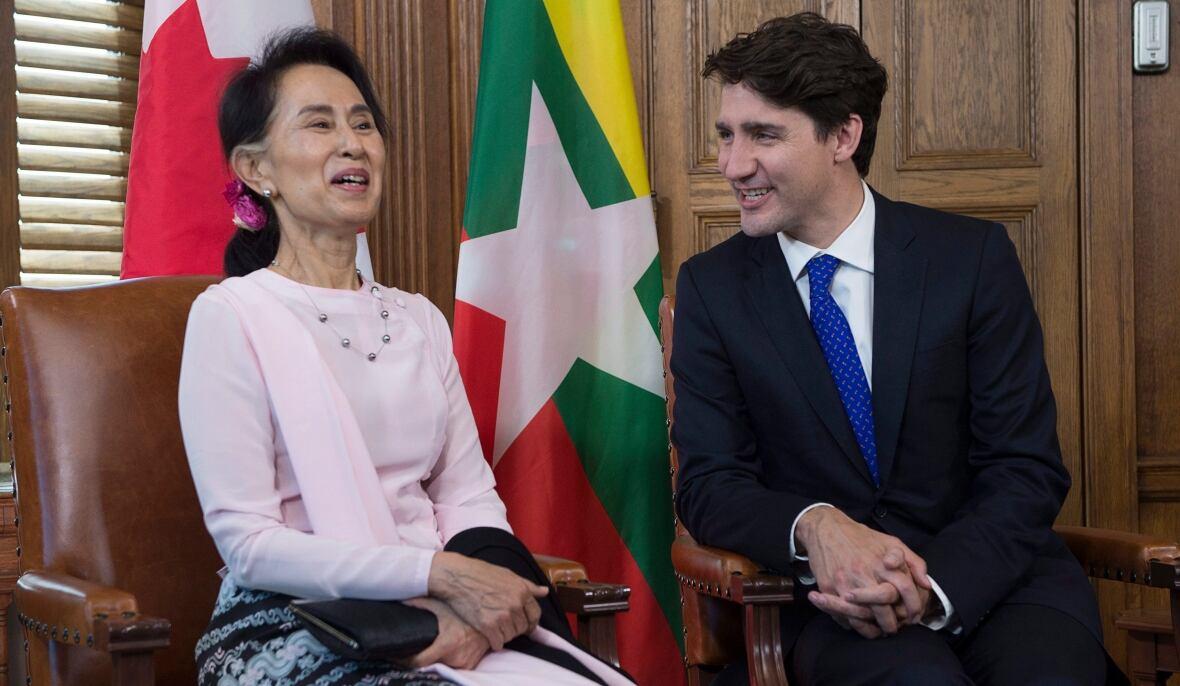 Aung San Suu Kyi, the civilian leader of Myanmar and an honourary Canadian citizen, has been accused of not supporting the minority Muslim population. Prime Minister Justin Trudeau has said he raised the issue during Suu Kyi’s visit to Ottawa in June. (Adrian Wyld/Canadian Press)

Many more people reportedly remain trapped in the no-man’s-land between Myanmar and Bangladesh, al-Hussein said.

Myanmar’s military says it is fighting Rohingya militants and denies it is targeting civilians.

Al-Hussein also cited reports of Myanmar authorities laying landmines along the border with Bangladesh and requiring Rohingya returnees to provide “proof of nationality.”

“Given that successive Myanmar governments have since 1962 progressively stripped the Rohingya population of their political and civil rights, including citizenship rights — as acknowledged by Aung San Suu Kyi’s own appointed Rakhine advisory commission — this measure resembles a cynical ploy to forcibly transfer large numbers of people without possibility of return,” al-Hussein said.

State Counsellor Suu Kyi, who is widely recognized as the de facto leader of Myanmar, is the leader of the National League for Democracy of Myanmar.

Some human rights groups and Rohingya activists in Canada have called on the Liberal government to strip the Nobel Peace Prize laureate of her honourary Canadian citizenship for her failure to address the violence against the Rohingya minority.