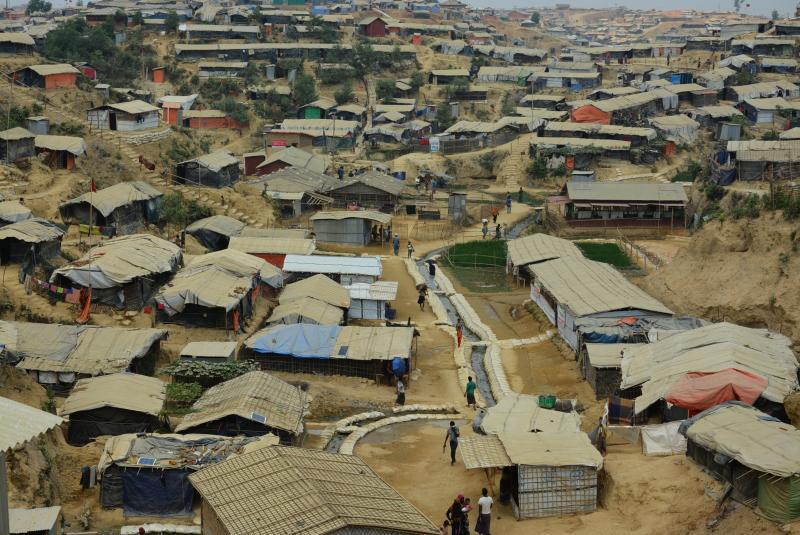 Chicago, IL—The Burma Task Force welcomes the news from the International Criminal Court (ICC) that the court holds jurisdiction over the alleged deportation of the Rohingya people from Burma to Bangladesh. The Chamber considers that the victims’ personal interests are affected as they were linked to their alleged deportations from Myanmar to Bangladesh in August 2017. Bangladesh now has 1.1 million Rohingya refugees.

Chair of Burma Task Force, Imam Abdul Malik Mujahid welcomed the court’s decision. “On behalf of Burma Task Force, I welcome the court’s decision that it has a jurisdiction. In all my meetings with the Rohingya survivors of genocide, the first thing they ask for is justice. Today, I believe, the world has taken first steps toward a long process of bringing justice to the Rohingya people.”

“As world leaders begin to publicly acknowledge the genocide against Rohingya Muslims in Burma, we are delighted to learn that the pre-trial chamber of the International Criminal Court (ICC) has found that they have jurisdiction to investigate crimes of genocide against members of Myanmar’s government,” said Arsalan Iftikhar, a human rights lawyer who serves as a spokesperson for the Burma Task Force (BTF). “In the past 30 years, the International Criminal Court has issued genocide indictments against perpetrators of genocide in the former Yugoslavia, Rwanda and Darfur, so we hope this latest ruling will eventually lead to a genocide indictment against members of Myanmar’s government which has been complicit in these crimes against humanity.”

Some testimonies by Rohingya victims referenced by numbers to protect their identity :

1.   “They were saying that we are Bangladeshi and that we went there from Bangladesh. But I am 56 years old, I was born in Myanmar. My parents were from Myanmar also. It makes no sense that they were saying that we were from Bangladesh. They were asking us to take the NVC card. So I think for this reason as we were not taking the NVC card and we were not agreeing that we were Bangladeshi they were doing this kind of torture. Their intention was to get rid of all the Muslim people from Myanmar. Taking the NVC card was just an excuse to kill all the Muslim people in Myanmar” (a/60020/18)

The Chamber also announced that it finds it “appropriate” to hear from the victims at this stage.

Since Burma is is not a party to the Rome Statute, the question raised by the Prosecutor was “whether the Court may exercise jurisdiction under article 12(2)(a) over the alleged deportation of the Rohingya people from Myanmar to Bangladesh”. And the answer was a resounding yes.

Earlier this week, the United Nations announced the results of a year-and-a-half-long fact-finding mission to Burma, calling it genocide. The report is full of damning evidence showing the Burmese military’s deliberate campaign of persecution and extermination against the Rohingya people, which reached its extreme in August 2017.

Joint Call For A Global Arms Embargo On Burma (Myanmar)

Effort led by Human Rights Watch We, the undersigned organizations, call on the United Nations…