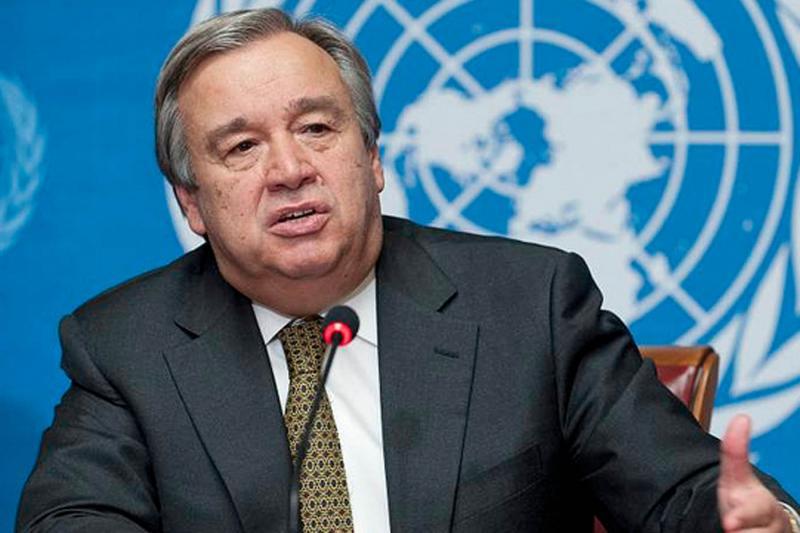 Re: Joint NGO Letter to UN Secretary-General António Guterres about the situation in Myanmar’s Rakhine State

The Rohingya, a Muslim ethnic minority group in Myanmar, have been systematically disenfranchised and increasingly marginalized, including through denial of citizenship and restriction of movement. Over the years successive UN Special Rapporteurs on the situation of human rights in Myanmar have reported serious continuing human rights violations against this community. Following a 12-day visit to Myanmar in January, Special Rapporteur Yanghee Lee noted allegations of ongoing human rights abuses in Rakhine State. She also raised concerns regarding widespread fear amongst civilians of potential reprisals as punishment for speaking out. In her upcoming report to the 34th session of the Human Rights Council, Special Rapporteur Lee will call for the establishment of a Commission of Inquiry into the Rohingya situation. As you know, on 3 February the Office of the High Commissioner for Human Rights (OHCHR) released a report based on interviews with Rohingya who had fled from Myanmar, which detailed “widespread and systematic” attacks against the Rohingya and reiterated “the very likely commission of crimes against humanity” – as had already been concluded by the High Commissioner in June 2016.1 The High Commissioner, likewise, has called for a Commission of Inquiry.

Following a series of attacks on border guard posts on 9 October 2016 and subsequent joint army-police counterinsurgency operation, there have been consistent reports of extrajudicial executions, rape and other crimes of sexual violence, torture and ill-treatment, enforced disappearances, mass arrests, and the widespread destruction of Rohingya buildings and mosques. During your tenure as the United Nations High Commissioner for Refugees, you witnessed first-hand the discriminatory treatment of the Rohingya, including the proposal by then-President Thein Sein to settle all Rohingya in displacement camps or send them to third countries. The situation has only deteriorated since.

According to the UN Office for the Coordination of Humanitarian Affairs (OCHA), more than 69,000 people have fled from Rakhine State for Bangladesh since October, while 24,000 people remain internally displaced in Myanmar.2 Despite the announcement on 16 February of the termination of the four-month counterinsurgency operation, the government continued to deny allegations of human rights abuses in Rakhine State.

We note that the Myanmar authorities have established several national commissions to investigate allegations of human rights violations, however none of these commissions are independent or credible. Two investigations are being conducted by the police and military respectively, raising concerns about their ability to investigate allegations of abuses within their ranks. The third Commission, established in December, claims to have found insufficient evidence of human rights violations, despite mounting reports to the contrary. Another commission – the Advisory Commission on Rakhine State, led by former UN Secretary-General Kofi Annan, does not have a human rights mandate and will not be conducting investigations into the allegations of abuses. On 6 February the UN Special Adviser on the Prevention of Genocide, Adama Dieng, stated that the failure to address these violations puts populations at “the risk of very serious international crimes.”3

We welcome your commitment to human rights, peace and conflict prevention, as well as your stated readiness to advance these causes through your good offices and personal engagement as UN Secretary-General. Given the intensive promotion of anti-Muslim sentiment in Myanmar and the lack of political will to restore rights to the Rohingya, the situation requires more than a series of flawed national investigation commissions to push policymakers to change course.

We urge you to proactively engage with the Government of Myanmar and other national actors, including through a possible visit to the country, and convey your concern about the gravity of the situation in Rakhine State. Your office should engage directly with the Myanmar leadership, including State Counsellor Aung San Suu Kyi and Commander-in-Chief Senior General Min Aung Hlaing, and strongly encourage them to allow an international independent investigation into allegations of human rights abuses in northern Rakhine State and to effectively address the institutionalized discrimination of the Rohingya. We believe that your leadership on this matter would send a powerful message to the government and the military and could prevent further violations. We respectfully ask you to urge the government of Myanmar to uphold its responsibility to protect all populations, regardless of religion, ethnicity or other status, and to specifically ask the government to take the following key steps:

The impact of the current crisis is felt beyond the borders of Myanmar, and there are hundreds of thousands of Rohingya asylum seekers throughout the region. Many neighboring states refuse to recognize them as refugees or allow them access to humanitarian assistance, food and health services, much less their rights to work and to receive an education.

The United Nations must send a clear and powerful signal regarding pluralism and the rule of law. Failure to act now may result in further human rights violations, possibly amounting to crimes against humanity.