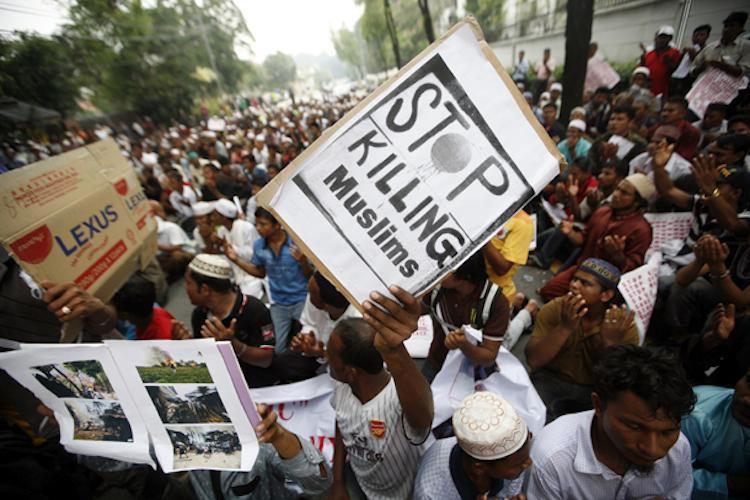 The undersigned Rohingya Organizations in Europe have strongly denounced the undemocratic actions of the Election Commission against Rohingya parliamentary candidates under the government’s ‘policy of exclusion’ of the Rohingya, debarring them from contesting in the upcoming crucial election scheduled on November 8, 2015, on a false and fabricated charge that their parents were not citizens.

The parents of all Rohingya parliamentary candidates are natural born citizens of Burma. U  Shwe Maung, whose father was a police officer in Burma, was elected in 2010 as a member of the ruling Union Solidarity and Development Party (USDP) to represent the Rohingya majority township of Buthidaung in North Arakan for Lower House. He has been one of the few voices for the voiceless Rohingya in the Burma’s Parliament since last five years. U Kyaw Min, who served the Burmese government as a teacher and education officer for many years, was elected in 1990 general election and was one of the members of the Committee for Restoration of People’s Parliament (CRPP). Mr. Abu Taher was graduated from Yangon Institute of Technology. According to Myanmar law only full citizens can study at professional institutions including Yangon Institute of Technology. He was qualified candidate of 1990 and 2010 and elections in Burma. He is one of the well-known defenders of Rohingya rights.

Despite Arakan being their historical homeland, Thein Sein government has disenfranchised hundreds and thousands of previously eligible Muslim Rohingya voters and excluded them from voting in the upcoming election.

It may be mentioned that Rohingya people exercised the right to vote and to be elected in all public elections held in Burma, from 1947 election for Constituent Assembly to the last military held 2010 election, including 2008 referendum for the adoption of the country’s constitution.

The planned disfranchisement of the Muslim Rohingya, denial of their right to hold public offices and to represent their people in the parliament are parts of the government manifest intention to wipe out Rohingya minority community from their ancestral homeland of Arakan. These actions are based on prejudice and Islamophobia and are outright criminal and unlawful.

We urge upon the Burma Election Commission to review its decision in line with international law and practices in the interest of democracy and human rights. .

We call on the international community to pressurize the Thein Sein government to deal justly with the ethnic Rohingya people and allow them to continue exercising their time-honoured right of franchise, including the right to contest in the approaching election.