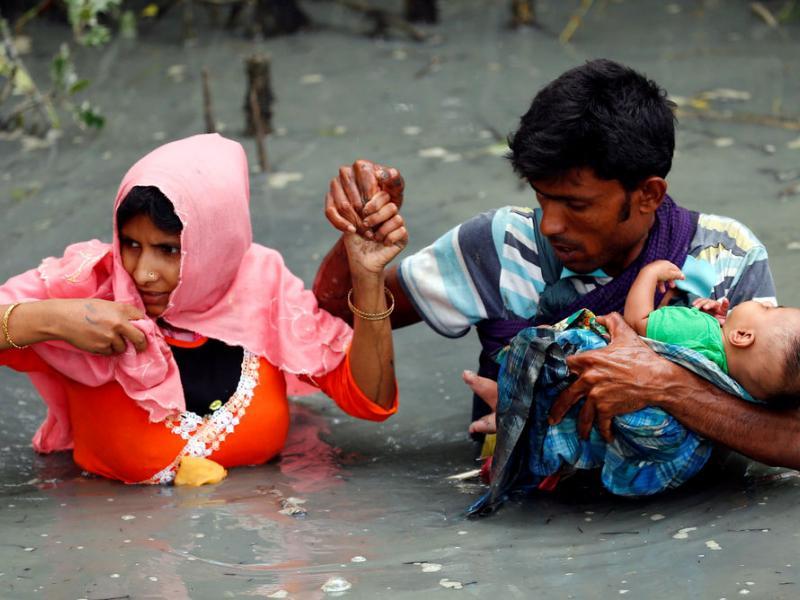 As of now,  according to the UN estimates, 300,000 Rohingya Muslims have fled to Bangladesh. Human Right Watch reports that villages on a 100-kilometer stretch were set on fire. Killing is still ongoing.

The UN is being blocked by Burma to provide water, food and medicine to another 400,000 Rohingyas sheltering in forests and mountains trying to get to Bangladesh.

It is a genocide. They are going for a final solution. Never again is happening again.

It is our belief that God will ask us individually about what we did to help, not what others did or did not. That said, my request is to set aside 10 minutes today for our Rohingya brothers and sisters.

“Whoso does a good deed does it for himself good. Whoso does an evil deed does himself evil. Then to your Lord you will be returned” Quran 45:15.

Burma Task Force is a coalition of 18 US and Canadian organizations to stop genocide of Rohingya people. Since 2013, we have been promoting weekly Action Alerts to mobilize a grassroots movement to action and to build effective partnerships with human rights activists, community and multi-faith leaders, US Congress and United Nations officials.

Burma Task Force has staff in three states and Canada, as well as volunteers throughout the USA and Canada. Some accomplishments include:

Please help us build and strengthen the movement for restoring Rohingya rights and offering hope of a peaceful future in a flourishing, pluralistic society.

The Rohingya are indigenous people living in their native land in Burma. They have always been citizens until their citizenship was taken away by a military regime in 1982.

Burma Task Force works in partnership with Rohingya groups to restore their rights while saving lives.

Your donations to Burma Task Force are Zakat-eligible and tax-deductible.

What Rohingyas have been going through.

The fiscal agent of Burma Task Force is one of its coalition member, Justice For All which is a 501 (C) 3 organization.

Your donations to Burma Task Force are Zakat-eligible and tax-deductible.