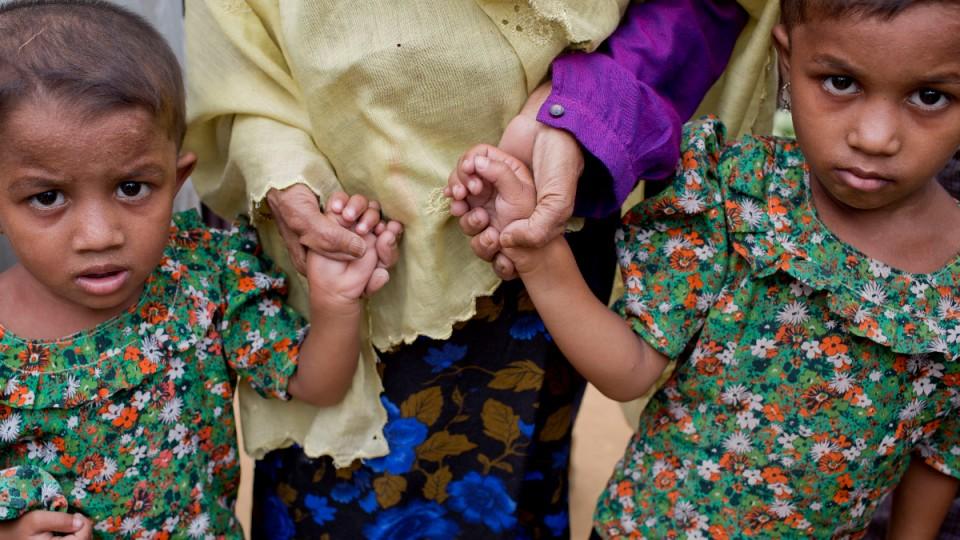 A Rohingya Muslim woman, who crossed over from Myanmar into Bangladesh, holds the hands of her grandchildren at Balukhali refugee camp in Ukhiya, Bangladesh, Wednesday, Nov. 15, 2017. AP Photo/A.M. Ahad

This Wednesday, Muslim leaders and activists from across the U.S. will gather in Washington D.C. for a Rohingya Day of Action. A new study of international NGO and government data suggests that 90 percent of Burma’s Rohingya minority have fled to Bangladesh since Burma’s military targeted the Muslim ethnic group last August.

Meanwhile, Bangladesh is building island prison camps for the Rohingya, who fear repatriation to Burma. The Rohingya Day of Action hopes the U.S. will pass targeted sanctions against Burma’s government. The group will focus efforts on getting House Bill 4223 out of committee onto a floor debate.

Imam Abdul Malik Mujahid is one of the action’s organizers. He’s chairman of the Burma Task Force USA, and runs the organization behind Chicago’s Radio Islam on 1450 AM. He says that American news media is often too distracted by domestic intrigue to shed light on an unfolding genocide. Mujahid joins Worldview to discuss what Chicagoans can do to help the Rohingya.