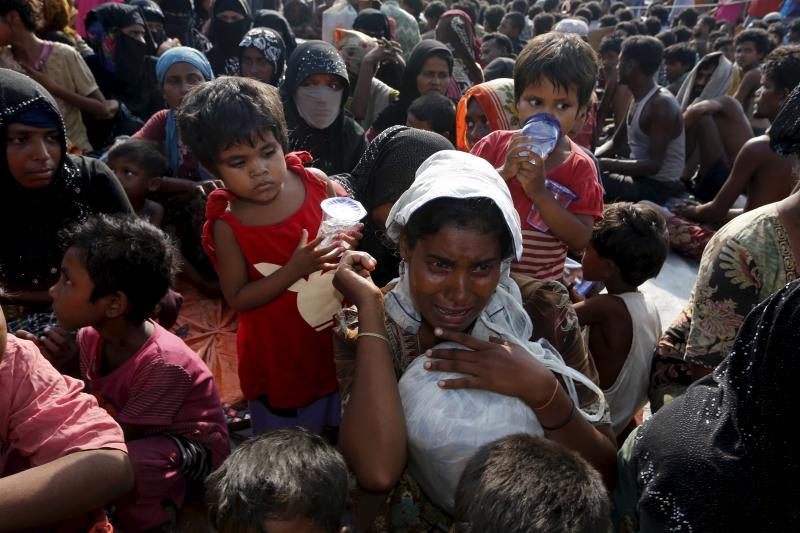 Last year, several distinguished institutions released reports/studies on the persecution of the Rohingya Muslims by the Burmese government. Two of the most prominent and well covered report were ones by Yale Law School-Fortify Rights and Queen Mary University’s State Crime Initiative Study. Both studies described the persecution of the Rohingya as fitting the process of genocide. Queen Mary University scholars have determined that the recent violence of the past two weeks against the Rohingya fits a ‘predictable escalation in the genocidal process.’

“The Rohingya Muslim community of the military-dominated Southeast Asian nation, which is now officially known as Myanmar, has been systematically persecuted and expunged from the national narrative — often at the behest of powerful extremist groups from the country’s majority Buddhist population and even government authorities — to the point where complete extermination is a possibility, according to a damning new study by the International State Crime Initiative (ISCI) at the Queen Mary University of London. “The Rohingya face the final stages of genocide,” concludes the report.

ISCI uses noted genocide expert Daniel Feierstein’s framework of the six stages of genocide, outlined in his 2014 book Genocide as Social Practice, as a lens through which to view Burma. Through interviews with stakeholders on both sides of what it describes as ethnic cleansing, as well as media reports and leaked government documents, the report enumerates how the Rohingya have undergone the first four stages — stigmatization and dehumanization; harassment, violence and terror; isolation and segregation; systematic weakening — and are on the verge of “mass annihilation.” The sixth stage, which involves the “removal of the victim group from collective history,” is already under way in many respects, the report says.”