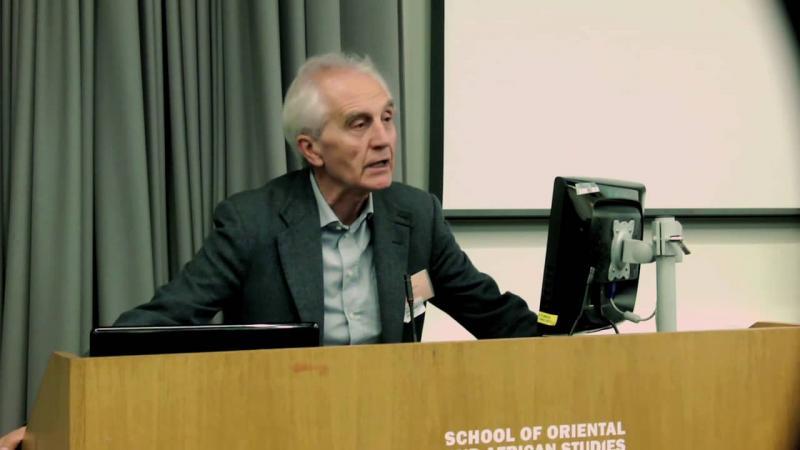 The second day of hearings convened in London at the Queen Mary Law School — International State Crime Initiative (ISCI), saw the conclusion of testimony, statements of support from the Dalai Lama and Amartya Sen, and comments by the special panel of judges. Speaking on the drastic reduction of the Rohingya population, Dr. Helen Jarvis noted that the “Rohingya population halved” as the result of Myanmar’s persecution over the past forty years.

The negative role of Suu Kyi was discussed by Burmese scholar and Tribunal expert witness, Dr. Maung Zarni who corrected the notion that Suu Kyi has been silent about crimes against the Rohingya and Kachin. According to Zarni, Suu Kyi “is a guilty party in genocide against Rohingya.” Kai Htang Lashi, representing the Kachin National Organisation (KNO-UK), stated that her organization has reached out to Suu Kyi “multiple times” but never received a response. Tun Khin, head of the Burmese Rohingya Campaign UK (BROUK), noted that Rohingya support for Suu Kyi was previously widespread, several prominent Muslims worked in Suu Kyi’s NLD party and for her election campaign but their situation has only deteriorated since she won the election.

A breakthrough in the course of the Tribunal was not only the contact between Kachin and Rohingya leaders but their “working together.” Described as a historic moment according to panelists, a point highlighted by Tribunal judge, Daniel Feirstein, and termed “a new beginning” by Malik Mujahid, Chair of the Burma Task Force. The Tribunal is a call to solidarity between the oppressed peoples who must “take care” to work together Feirstein said.

The Tribunal stated that it had reached out repeatedly to the Myanmar government to join the hearings, Myanmar’s government instead opted to be unrepresented for the entirety of the hearings. Myanmar is still encouraged to engage with the Tribunal, present its case and respond to the serious evidence and testimony behind the indictments, said Dr. Helen Jarvis. Efforts to reach the Myanmar government for comment have so far been unsuccessful.

Secretary General of the Tribunal, Dr. Gianni Tognoni, emphasized the Tribunal’s role in filling the void and inaction of international bodies such as the UN, ICC and others in addressing and making visible atrocities committed by states against vulnerable and oppressed people. Dr. Tognoni, added that whilst the “evidence is compelling” it “needs further documentation and systematization” which will likely be explored at upcoming hearings. Tribunal judge Denis Halliday raised the issue of “complicity” of world powers, particularly western nations and the UN Security Council in abetting Myanmar’s crimes against the Rohingya and Kachin, and the necessity of exploring this further.

Kai Htang Lashi, representing the Kachin National Organisation-UK (KNO-UK) pushed for an “independent inquiry” that highlighted the suffering of all Burma’s people. In her statement, Lashi, stated that the “Burma I love is a diverse nation, no one community is more important than another.”

During the lively Q&A, several possible solutions to addressing the oppression of both communities was broached: Feierstein, positively affirmed that “Universal Jurisdiction” can be applied against Myanmar’s government citing its use against Argentina’s Pinochet regime. Malik Mujahid, noted that the Tribunal would contribute to influencing governments and human rights regimes, as it has in the past. The importance of ASEAN, and particularly Malaysia, was noted for efforts to integrate Myanmar into a broader regional cooperation; Denis Halliday was particularly keen on empowering ASEAN in this regard.

The indictment from the Tribunal should be a clarion call to the main perpetrator of these crimes, Myanmar to work toward ending these ongoing crimes but also should put complicit world institutions and powers on notice: the people are watching!