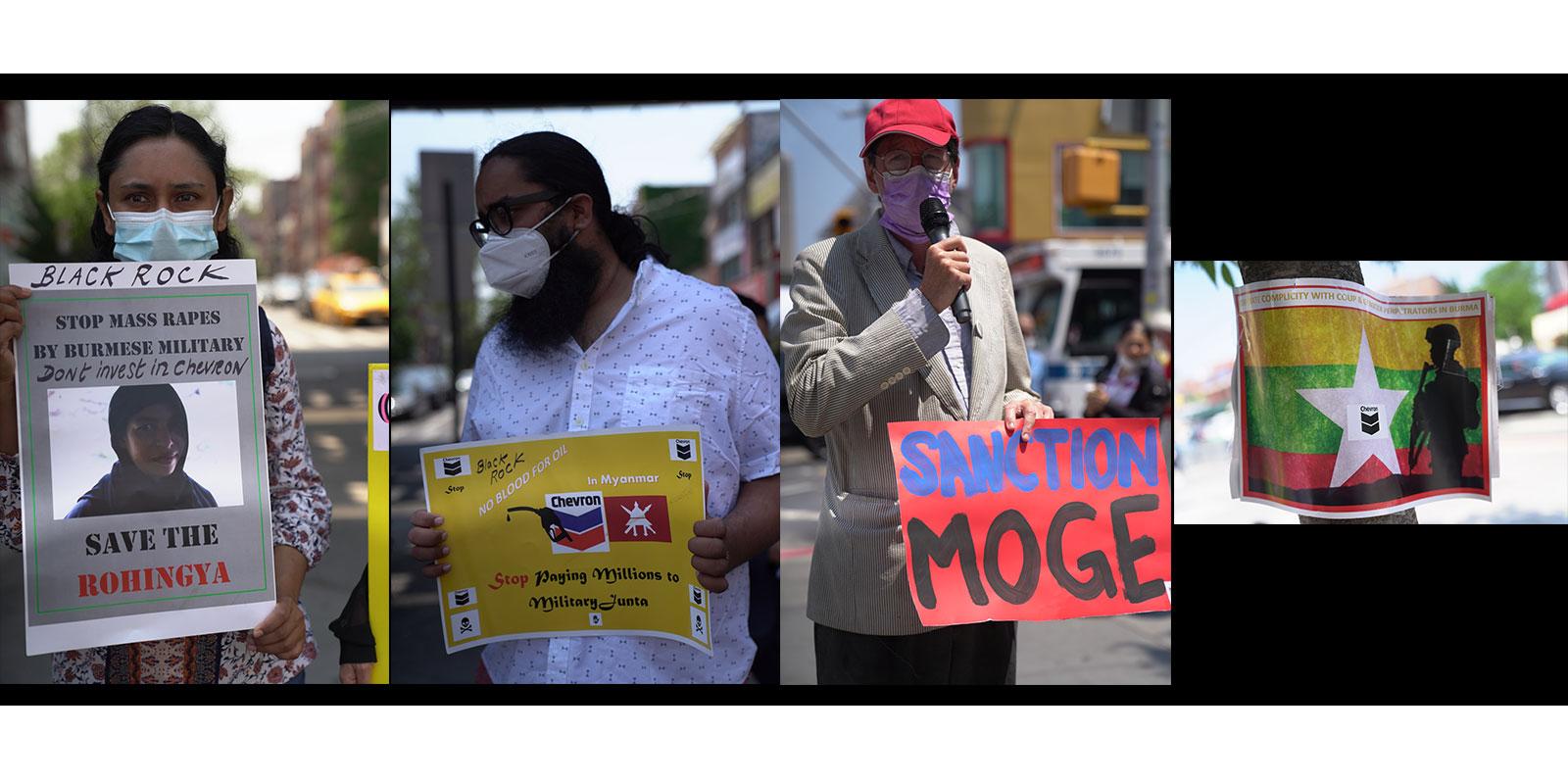 News: This past week, reports indicated how the Burmese military terrorizes the people of Myanmar/Burma, by torturing those arrested and often mutilating bodies. Meanwhile the military continues to assert absolute control, threatening to ban the party that won in the last elections and calling the leaders of the National Unity Government (NUG) terrorists.  Of course, it is the Tatmadaw who are terrorists.

Last week, Burma Task Force and its allies held several rallies asking for oil companies to stop paying money to the Tatmadaw. Burmese people overwhelmingly support this action. We did get a partial victory from Total and Chevron, but this only reduces payments by ten percent so far.

In the United Nations, ASEAN nations have worked to weaken the current resolution in the UN General Assembly calling on an arms embargo on Myanmar. This is shameful! It is difficult to know how a full civil war will be avoided otherwise, so we urge you to immediately contact Indonesia and Malaysia to ask them to support the original resolution as it is explained here by our allies at Human Rights Watch— please share this article.