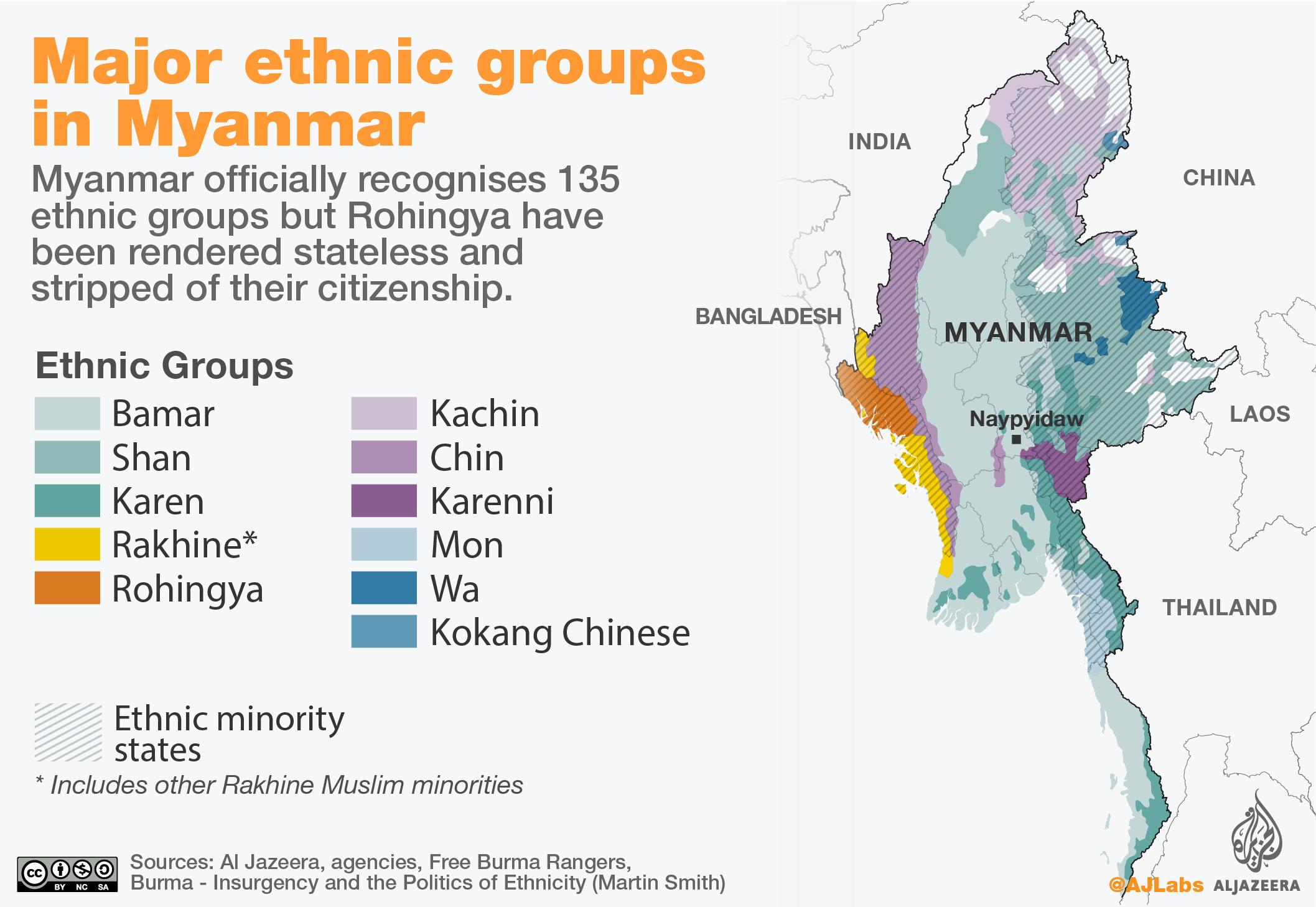 As leaders and activists from diverse ethnic communities we affirm that we stand in solidarity with all the people of Burma at this time of existential struggle. We recognize Burma’s 2020 democratic election results, and we support the civil disobedience movement (CDM), while condemning the illegitimate military junta for its systematic violence directed towards peaceful protesters. We call on the international community to recognize the emerging National Unity Government, with the condition that it continue to include all ethnic communities, including the Rohingya.

1. Burma (Myanmar) held general elections on November 8, 2020 that resulted in the National League for Democracy (NLD) party securing the majority of seats to form the next government.

2. Despite the unjust disenfranchisement of Rohingya and many communities in ethnic states, the results of the election were without doubt a win for the NLD Party.which was set to assume its parliamentary session on February 1, 2021.

4. This military is the same brutal military that has attacked minority religious and ethnic communities, most dramatically the Rohingya Muslims of Rakhine State. The recent coup dramatically increases the danger of oppression and mass atrocities against these vulnerable minorities.

5. In Burma, hundreds of thousands of people have taken to the streets to protest against this illegal military regime, and the Burmese military has murdered almost 1,000 and arrested many more.

6. Civil war has been ongoing for decades. Ending ethnic conflict requires constitutional reform removing the military from power and changes to the Panglong agreement, which guarantees equality and the rights of all ethnic groups under a genuine Federal Democratic Union of Myanmar. Rohingya should be included in all such guarantees.

7. We welcome the abolishment of the 2008 Constitution, declared on March 31.

8. We welcome the Committee Representing Pyidaungsu Hluttaw (CRPH), formed out of the elected parliament members of the 2020 election; and its adoption of the Federal Democracy Charter of Myanmar declared on March 31; 2021. However we note that paragraphs 24 and 26 of the Charter should more explicitly include the Rohingya as an ethnic minority.

9. We welcome and recognize the Interim National Unity Government of Myanmar (NUGM), declared on April 16, 2021 as the only legitimate Government of the people of Myanmar by the people, including Ethnic Minority Groups, and the Ethnic Armed Organizations (EAOs). However our continued support is conditional on the National Unity Government demonstrating full inclusion of all religious and ethnic communities.  Democracy depends on coexistence and full participation, not disenfranchisement.

10. To that end, we would like to urge CRPH and NUGM to abolish the 1982 citizenship law to ensure equal rights & citizenship for all, including Rohingyas. This deeply discriminatory citizenship law was developed by General Ne Win’s government to divide and rule.

We appeal to the International Community to recognize and support the interim government as the only legitimate Government of Burma, while  imposing tougher, coordinated, and targeted sanctions on the military junta and its associates.

We reaffirm that we stand in solidarity with the people of Burma (Myanmar) and support their aspirations for a genuinely inclusive federalist democracy.

Shocking news reports indicate that on March 27, both Bangladesh and Pakistan sent dignitaries to…

In the wake of the recent coup in Burma, the difficult and risky struggle for…