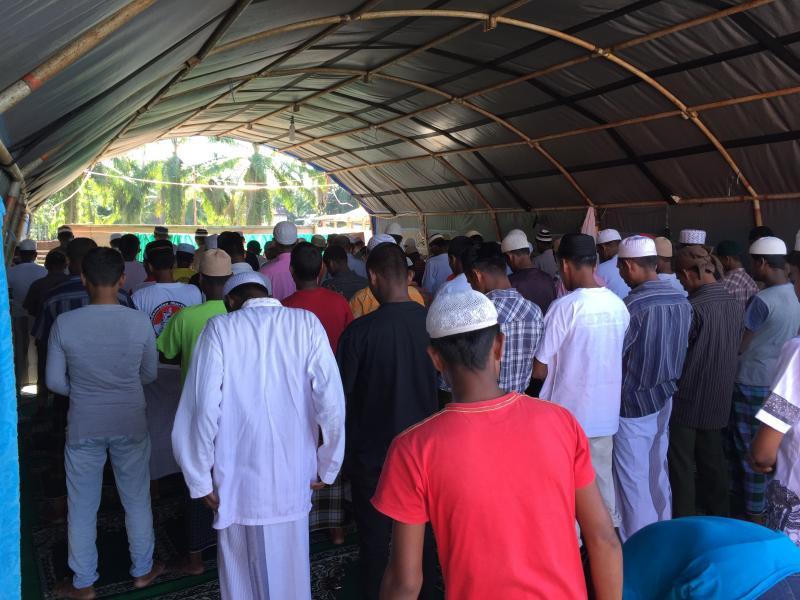 The Ummah is alive and well. Yes. We don’t hear that often. Do we?

There are struggles and challenges. But, then, there are those stepping up to surmount these obstacles.

I started writing this note at a Rohingya refugee camp in Indonesia and I finalized it on a roadside motel in East Aceh, Indonesia.

Throughout the day, I struggled with my tears. Not as much due to the heart-wrenching stories of these Rohingya boat people I met, but more due to the overwhelming love of Indonesian Muslims extended to their brothers and sisters.

They cannot talk to each other. They don’t know each other’s language. But, the language of love does not need words.

As I was leaving the camp, a pickup truck departed as well. This truck had come here driving almost 30 hours!

I did not see banners of any Muslim American relief organization among more than the 20 NGO banners. And at the moment, they are better off not coming here. There are just 3,000 Rohingyas here and Indonesians are just happy taking care of them.

It’s hard to believe that while government after government were pushing these Rohingyas away, an Indonesian fisherman decided to rescue them. He spotted them almost a night away from Indonesia. Once that fisherman heard the story of this ship of 400 people floating around with hunger for four months, he went and gathered other fishing boats. They tied this bigger ship with their 8 small boats and pulled it to the shore by the morning.

While the Ummah is alive and well, when it comes to charity, it needs to put its thinking hat on.

Muslims in America have given 450 million dollars in relief work for Syrian refugees. But why couldn’t we spend a couple of million dollars to stop the nightmare in Syria?

Can Muslims in North America spend a million dollars to end the genocide of Burmese Muslims? Stop the genocide which forces people to risk their lives.

I spent all afternoon talking to the Rohingya boat people who were rescued just a couple of weeks ago. They were not worried much about themselves. They were worried about the people they left behind in Burma

“What will happen to my mom, my wife, and three children,” asked Br. Noor. “I left them in Burma to earn something for them. We were just slaves there in Burma.”

Sirajul Islam was mostly silent but he kept asking me this one question in the most polite manner possible:

“What will happen to those we left behind?”

I kept responding the best I can.

I could not tell them that we, the North American Muslims, put money to feed people but not in teaching them how to fish. We would rather give millions of dollars to disasters on TV, but not much to stop those disasters through our own governments.

Dear friends, please listen to Sirajul Islam, Muhammad Noor, Badshah, Muhammad Saleh and many more who asked, “What can Muslims do for our people left behind in Burma?”

Please sit as a family in Shura and think what you can do for Burma together.

Your brother in Islam with your Rohingya brothers and sisters,