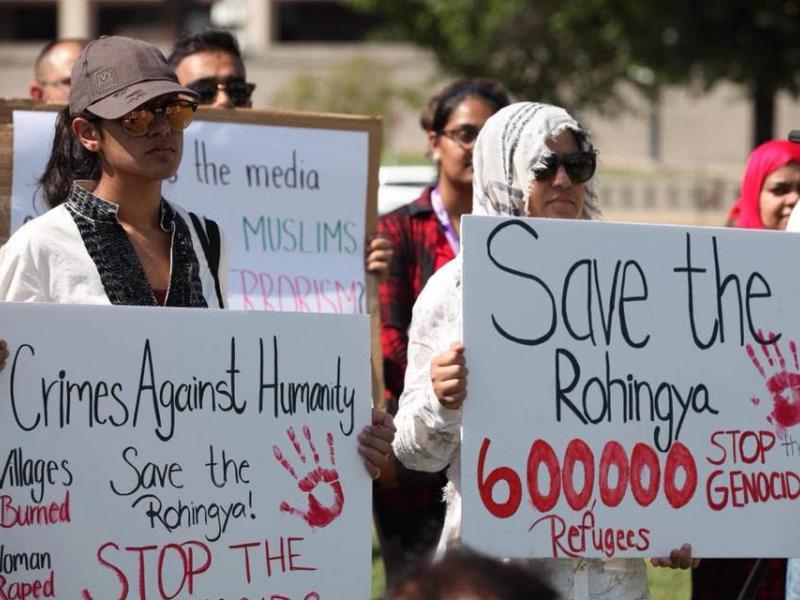 Major developments have taken place in the last 48 hours.

I normally request 10 minutes of your time. But today I would appreciate it if you will take several ten minutes breaks today and tomorrow in support of Rohingya. The iron is hot! We must strike now! Twitter and phone messaging is our power. Please use it several times a day today and tomorrow. See the details below:

The UN has called what is happening in Burma a genocide and want Burma’s commander-in-chief and others to be prosecuted for the genocide of Rohingyas. Nikki Haley, the United States Ambassador to the United Nations, has still not used the term “genocide.” However, she did say that the US survey is “consistent” with the U.N. findings. Here are statistics she shared from the State Department’s scientific survey of the Rohingya survivors:

20% witnessed more than 100 Rohingya being killed or injured.

Haley asked the U.N. Security Council to hold those responsible for the violence to account and added: “The whole world is watching what we do next and if we will act.”

Declare it a genocide and invoke the genocide treaty to prevent and punish it.

Put full sanctions on Burma, minus food and medicine, until it provides Rohingyas citizenship and security.

U.S. has done good, thanks to your efforts: The U.S. is the largest donor to Rohingyas having given $300 millions and the House passed two resolutions calling for security and citizenship. Appreciate before you ask.

Call the Sec. of State: US Secretary of State Rex Tillerson :Phone: 202-647-2663
Call your elected representatives: Contact information for them.

Find Twitter handle of your representatives and senators here:

You ask them to call Secretary of State and Vice President for the same demands.

Search Twitter for #CallitGenocide and retweet what you like. Otherwise come up with your own text based on our asks.

p.s. It is critical that we stop this genocide. Failing to do that will encourage India which, following Burmese model, has taken away citizenship of 4 million Bengali Muslims and China which has sent a million plus Uyghur Muslims to their concentration camps.