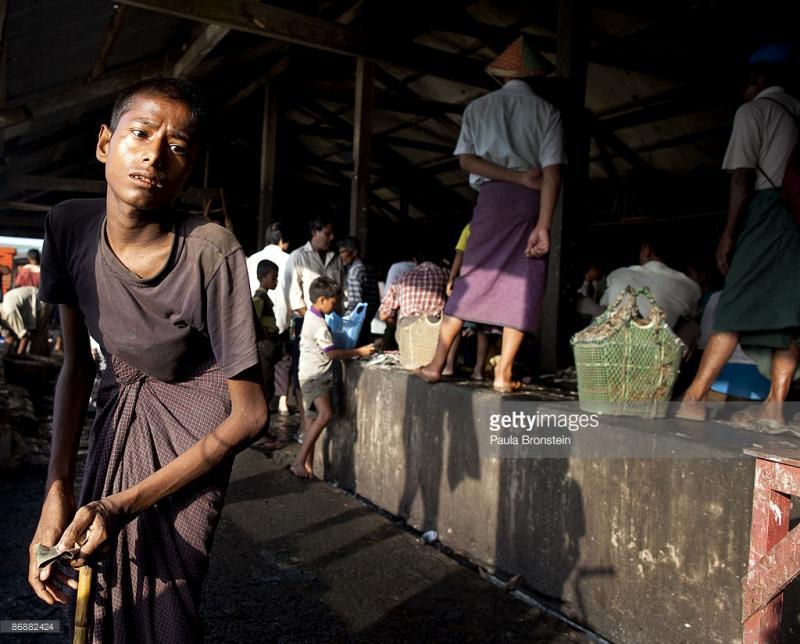 Ramadan is a month of devotion, when Muslims abstain from food, drink and sexual relations from sunrise to sunset. The point of Ramadan is not depravation but the inculcation of spirituality and God-consciousness through the relinquishing of a necessity of life for a great portion of the day, and substituting it with a focus on prayer and Quranic recitation. As the Qur’an says, “Fasting is prescribed to you as it was prescribed to those before you, that you may become God-conscious” (2:183).

For many Rohingya this Ramadan will be passed under the shadow of an ongoing genocide that is continuing to decimate their community. The hardships of Ramadan are exacerabated when your identity is denied and you live in concentration camps, with limited rations and movement, and the threat of persecution.

The memories of the recent “clearance operation” by the Burmese military is still very much alive in the minds of the Rohingya. One Rohingya man by the name of Rahim who survived his village being burned down said, “I thought we were going to die that day.” “We kept hearing gunshots. I saw several people shot dead.”

On the second day of Ramadan 2017 it has been reported that Rohingya in Dawbon Township, Yangon (the former capital) were forced to pray Salatul-Tarawih in the rain. This picture has been shared on social media by Rohingya on the ground:

The Madrasa and mosque in Thaketa Township, Yangon remains closed on the fifth day of Ramadan 2017/1438 with Rohingya forced to pray on the streets:

A devestating cyclone hit Rohingya camps in Bangladesh on the fourth night of Ramadan, destroying 10,000 refugee homes and displacing 200,000. The video and stories of Rohingya spending the night in the rain and who have lost everything is gut-wrenching; how much more can they take? 27 year-old Hamida Begum’s spoke to Reuters, saying, “We heard that a cyclone was coming. But there’s no place we can go.” Begum, fled to Bangladesh three months ago after her husband disappeared, during the Burmese military’s “Clearance Operation.” “I hate being a Rohingya. We are being tortured in Myanmar. Now in Bangladesh we have no rights. Nothing. After this cyclone, we don’t have a roof. We are living under the sky. We have no future.”

According to conservative estimates the Burmese military is believed to have killed over one thousand Rohingya Muslims in the “clearance operation” from 10/16-3/17. It is hard to verify the exact number as the Burmese military does not allow independent observers to question or investigate crimes.

Reports from our contacts on the ground and partners in campaigning for Rohingya rights tracked every possible and reported account of violence against the Rohingya during the operation.

-Hundreds of instances of crimes against women, including abduction, rape, gang rape, molestation and assault.

-Human Rights Watch published satellite imagery of whole villages that were burned down by the Burmese military.

-The UN also published several reports on the refugee crisis that was triggered by the operation.

A MAP OF THE AREAS WHERE VIOLENCE WAS COMMITTED AGAINST WOMEN

WHAT WE CAN DO

Take this time to remember the Rohingya as they pass Ramadan under the extremities of not only hunger but also dehumanization and statelessness. Include them in your prayers during Ramadan and ask the Imam at your local masjid to make a special du’a (prayer) to protect and secure them from the extremist violence of the Burmese government and militant Buddhist monks. Follow our Action Alerts and subscribe to our YouTube page to see what you can do to help the Rohingya today.