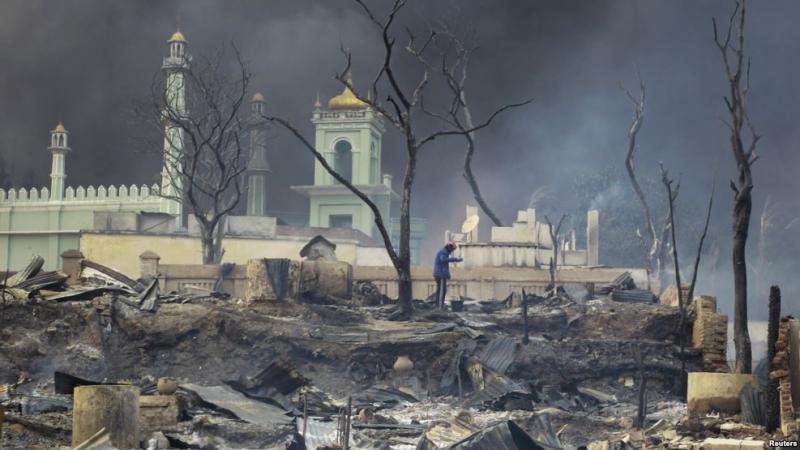 A coalition of Rohingya Muslim groups in Burma/Myanmar have condemned the directive to demolish Muslim religious structures in Arakan State. The joint statement from the coalition states that the “demolition project is part of their long-drawn-out annihilation and ethnic cleansing policy of the defenceless Rohingya people.”

“It is surprising that this sinister design was announced at a time when the State Counsellor Daw Aung San Suu Kyi, in her first address to the 71st U.N. General Assembly, was defending her government’s effort to resolve the crisis over treatment of the Rohingya or Muslim minority by pointing out to the establishment of an advisory commission for Arakan State chaired by former UN Secretary General Kofi Annan at the same time assuring that everybody in Arakan would be safe and secure,” the statement said. Continue ReadingReligious freedom, the basic right to practice your faith in peace and security has come under attack by the racist and extremist government of Arakan state. The spokesman for Suu Kyi’s NLD government has stated unequivocally that the Arakan state government, “don’t have the right to demolish mosques.” Will Arakan state defy Suu Kyi and the NLD government?

Raise your voice against this perpetuation of genocidal policies. Contact Burmese embassies, the Kofi Annan Foundation and the NLD.

1. Halt the discriminatory and racist anti-Rohingya demolition of mosques and schools in Rakhine state and ensure religious freedom for all.