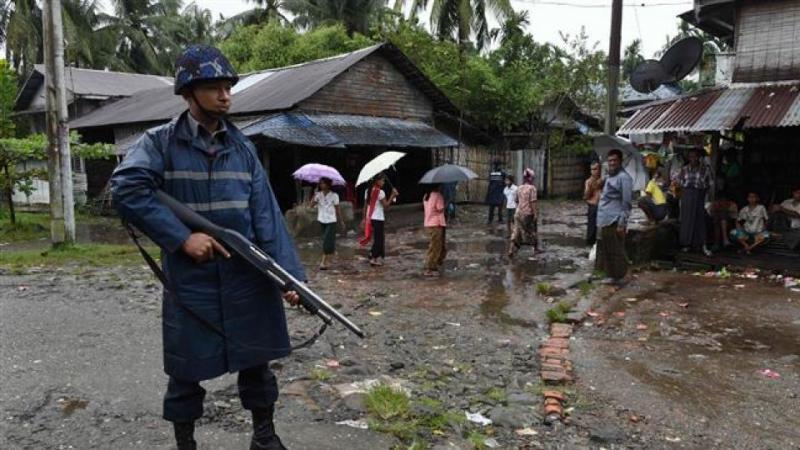 Since the advent of the War on Terror in 2001 the Burmese military has presented Muslims as a terrorist threat to the nation. In fact, the government has even stooped so low as to create an imaginary, fictional terrorist group to achieve this purpose as documented by The Intercept. This trackrecord is the backdrop for the claim made by Police Major General Zaw Win and Tin Maung Swe of the Rakhine State government, that the defunct Rohingya Solidarity Organization (RSO), was behind recent attacks on three police outposts in Northern Rakhine State that has left 9-10 policemen dead, and seen ammunition looted. A startling statement when the only known separatists groups operating in the area are Rakhine, and the Rohingya struggle for self-determination has been entirely peaceful for decades.

Such quick accusations of collective blame, based on rumors have had deadly consequences in the past. In 2012, rumors that Rohingya Muslims raped a Buddhist Rakhine woman led to pogroms and riots against the Rohingya, in which: hundreds were killed and injured, 150,000 were forced into Internally Displaced Peoples (IDP) camps, while their property was destroyed or stolen. It was later revealed that the story was a lie spread by Buddhist nationalists: the medical examiner was forced to sign documents saying the Buddhist woman was raped, the three men who were arrested (two were Buddhist and one was a non-Rohingya Muslim) for the crime were killed in police custody.

The attacks on the police outposts and the subsequent statement by Major Zaw Win are feeding into the Islamophobic, anti-Rohingya narratives that predominate in the country, especially in Rakhine state: reports indicate that 10-12 Rohingya have already been killed. These actions will have an adverse affect on community relations between the Rohingya and Rakhine, since it will enhance false perceptions of the Rohingya as a militant threat leading to heightened distrust, tensions and vigilante reprisals. It will also obfuscate who the actual culprits are behind the attacks.

For these reasons we call on all supporters of the Rohingya to contact the US Ambassador and Secretary of State and ask them to make sure that we do not see a repeat of the anti-Rohingya mob violence of 2012.

UPDATE: Since we first reported these events Burmese forces have, under the pretext of hunting the attackers, collectively assigned blame to the whole Rohingya populace. In the ensuing crackdown, over 100 Rohingya have been killed, 700 homes and several villages have been burned to the ground. There are over 15,000 more Rohingya displaced, in what is being described as ‘a predictable escalation in the genocidal process.’