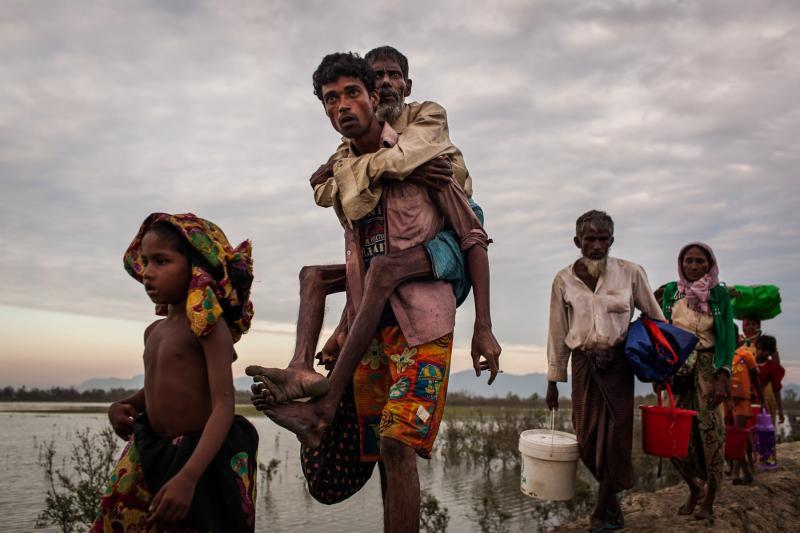 Burma Task Force welcomes the State Department’s publication of the report on “Atrocities in Northern Rakhine State.” Human rights groups and Congressional leaders have been urging the public release of this report, describing the genocidal actions perpetrated against the Rohingya minority of Burma.

While the new report does not explicitly state that genocide or crimes against humanity took place, the investigation does document mass atrocities consistent with these crimes. Echoing previous reports, the investigators found that most Rohingya survivors had witnessed at least one killing and half had witnessed sexual violence. Moreover, while casting doubt on the Burmese government claims that Rohingya militants posed a meaningful threat, the report describes some of the Burmese army’s preparatory actions leading up to to the atrocities of its massively destructive “clearance operation” in August and September 2017.

This investigation builds on the very recent UN Fact Finding Mission report that called for Myanmar’s military leaders to be investigated and prosecuted for crimes against humanity and genocide.

“President Trump should urge other leaders in New York this week to impose a UN arms embargo on Myanmar’s military and sanctions on military leaders responsible for abuses,” stated Imam Malik Mujahid of Burma Task Force, a leading human rights NGO focused on human rights in Burma. He added, “Within the United Nations system, the United States must support referral to the International Criminal Court since Burma’s government has repeatedly demonstrated that it is not able to honestly and independently investigate itself.”

Burma Task Force warmly commends the US government for earmarking more funds to help the Rohingya victims of genocide. But in light of the U.S. government’s own findings, corroborated with extensive research in so many other reports, failure to confront the root causes of war crimes and mass displacement is morally indefensible. Weak policy serves neither US interests nor the interests of the persecuted Rohingya minority. Robust and principled US policy would acknowledge both Crimes Against Humanity and Genocide and embrace our shared responsibility to protect.