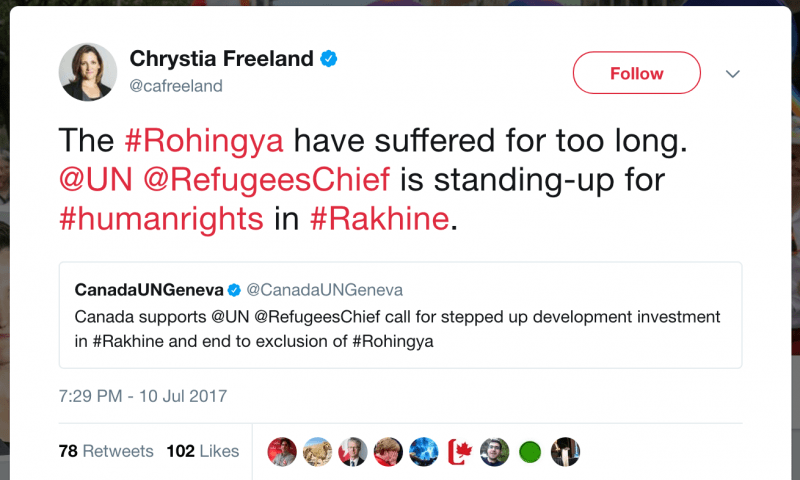 The Foreign Minister of Canada, Chrystia Freeland whose office Burma Task Force Canada has met with several times, spoke out against the persecution and continued suffering of Rohingya. On July 10, 2017, she tweeted “The #Rohingya have suffered for too long. @UN @RefugeesChief is standing-up for #humanrights in #Rakhine.”

Both Freeland and the US Ambassador to the UN, Nikki Haley have also called on Burma to co-operate with a UN Commission that the government has decided to block from doing its work by refusing visas to its investigating team. Recently, the new head of UN Refugee affairs called upon Burma to return citizenship to the Rohingya.