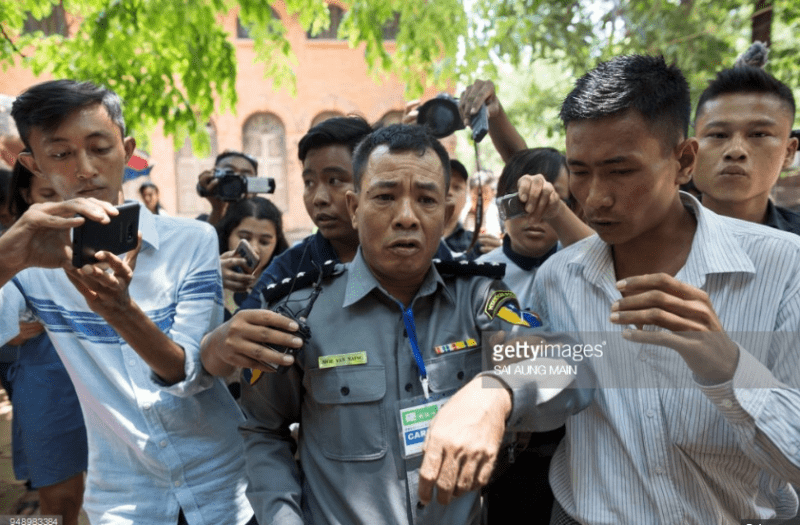 One day after a Burmese policeman testified in court that two Reuters reporters had been “framed” his family was evicted from their police housing. “Deputy police Major Moe Yan Naing, a prosecution witness, surprised the Yangon courtroom on Friday by describing how his colleagues were ordered by a senior officer to “get” reporter Wa Lone by handing him sensitive documents at a meeting.” The 2 Reuters journalists had been exposing mass Rohingya graves and other issues the Burmese government wishes to cover up.

“The case, which has sparked global alarm over eroding press freedom in Myanmar, could see the pair jailed for up to 14 years.” The latest developments are a reminder that individual conscience may reject the layers of falsehood and oppression in today’s Burma, even if popular opinion is dominated by false news.