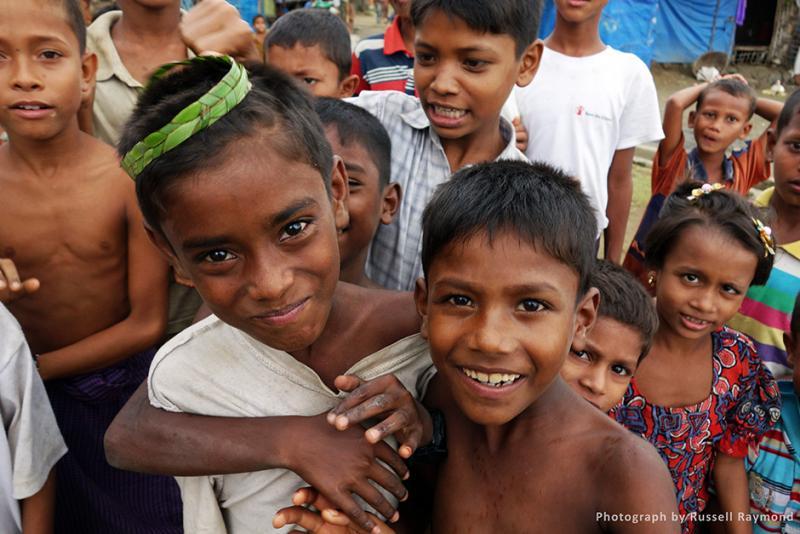 We at Burma Task Force are striving hard every day to end the genocide and persecution against the Rohingya. But what happens when, God willing, we are successful? Chances are that a population who hasn’t been allowed to participate meaningfully in society since 1982 will not just merrily reintegrate & become productive citizens. In a way, their journey will be parallel to that of the N.L.D., who after developing the necessary skills to win an election, now face difficulties transferring those skills to the task of governance.

Those who have been oppressed in the past often develop psychological self limitations. Is it any wonder that the mind copes this way, when the body has been restricted for so long? It is in fact a rational response to the person’s surroundings. But, rather like a bird just freed from a cage who may need to be taught that flying is possible, retraining the young Rohingya minds to have dreams and ideas that’ll benefit their lives will be a work in progress. The social service infrastructure of Burma will have to expand to include social workers specially trained to deal with these psychological complexes. Preferably these social workers will share some background with the Rohingya, instance they could come from other Burmese Muslim communities. Job training will need to be provided since these people have been forbidden from working except when they’re forced to perform labor for the government. This is different from education, which is also crucial and will be addressed later. In the US job skills workshops could include writing a resume, conducting oneself at an interview, networking, learning company culture, and communication skills. Whatever the equivalent practices are in Burma, the Rohingya will need to thoroughly learn them. This process in and of itself may start to shatter some of the mental barriers that have been erected against their success.

A social discourse of inclusion should be developed and nurtured in Burma. Aung San Suu Kyi took the first step yesterday when she gave a speech stating that all inhabitants of her country should be treated with kindness. However, she and her party must move beyond such platitudes; to stop there would be sheer hypocrisy given the crisis minorities are suffering in Burma. But words can do plenty to create a climate where Muslim-bashing, racism, and bigotry are unacceptable. When Rohingya no longer hear these messages, they will naturally cease to internalize them, and will feel more comfortable approaching peers of different races and religions to expand their world.

Education has been described as the “silver bullet” of domestic policy, and so in deed will it be for the Rohingya. Their studies must resume as soon as possible, preferably in a diverse environment where they can safely interact with other races and religions, exchanging ideas without exchanging blows. Studies have shown that education helps prevent and diminish radicalization, and it is a legitimate fear through out the region that oppressed youth may become radicalized. Where a Rohingya would even obtain the resources to become a violent terrorist is beyond me, and their joining ISIS seems unlikely given that their struggle for freedom up to this point has been almost entirely peaceful (in stark contrast to some of their neighbors). However, even without resources or violence, a radicalized mind will not easily integrate to society, and will unwittingly perpetuate fears and stereotypes against his or her group. In addition to all the other reasons, no need to list them all, for trumpeting education as an antidote to social ills, preventing radicalization should rank high on the list.

We at Burma Task Force are committed to advocating for the Rohingya. We will do everything in our power to reassert their worth, their rights, and their identity. But we look forward to the day when they’re empowered to advocate and assert for themselves. The tools mentioned above will go hand in hand with advocacy work to prepare them for the day when they can do just that.

Joint Call For A Global Arms Embargo On Burma (Myanmar)

Effort led by Human Rights Watch We, the undersigned organizations, call on the United Nations…