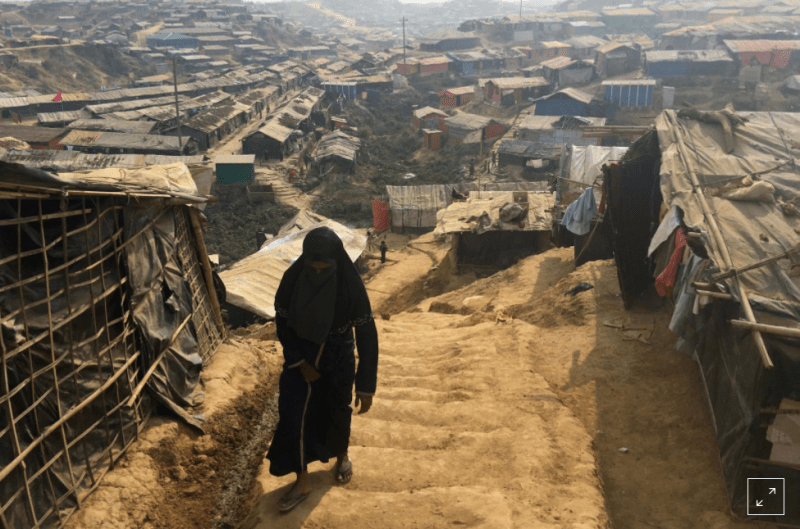 Myanmar has only been able to verify 374 Rohingya Muslim refugees for possible repatriation from Bangladesh, officials said on Wednesday, blaming their neighbor for not providing the correct information about the refugees.

Nearly 700,000 Rohingya fled Myanmar after militant attacks on Aug. 25 sparked a crackdown led by security forces in the western Rakhine state that the United Nations and United States have said constituted ethnic cleansing.

The administration of Nobel peace laureate Aung San Suu Kyi has sought to counter the allegations by forging ahead with development in Rakhine and by readying reception centers and a camp for returnees.

The two countries reached a deal in November to begin repatriation within two months, but repatriation has not begun, with stateless Rohingya, who face restrictions on their movements in Myanmar, still crossing the border.

“Out of 8,032, we verified 374. These 374 will be the first batch of the repatriation,” Myint Thu said at a news conference in the capital, Naypyitaw.

“They can come back when it’s convenient for them.”

It was unclear whether the 374 people had agreed to return to Myanmar.

Myanmar was unable to confirm whether the rest of the refugees had previously lived in the country, he said, because some documents did not include fingerprints and individual photographs.

The documents were “not in line with our agreement”, police Brigadier-General Win Tun said at the same news conference.

Myanmar had found three “terrorists” among the people Bangladesh was proposing for repatriation, Win Tun added.

Bangladesh officials have expressed doubts about Myanmar’s willingness to take back Rohingya refugees.

Abul Kalam, Bangladesh’s Refugee Relief and Rehabilitation Commissioner, said he could not comment in detail because he had not yet received Myanmar’s response. But he questioned how more than 300 people could have been verified if the documents were in the wrong format.

At the Naypyitaw news conference, Myanmar officials sought to counter accusations heard at the U.N. Human Rights Council this week.

The head of an U.N. fact-finding mission denied visas by Myanmar and a special envoy on human rights in Myanmar who has been blocked from visiting the country, both spoke in Geneva on Monday. Yanghee Lee, the envoy, said atrocities against the Rohingya in Myanmar “bear the hallmarks of genocide”.

“We have a clear conscience,” said Aung Tun Thet, coordinator of a public-private partnership set up by Suu Kyi to rehabilitate Rakhine.

“There is no such thing in our country, in our society, as ethnic cleansing, and no genocide.”

Read the full article on Reuters