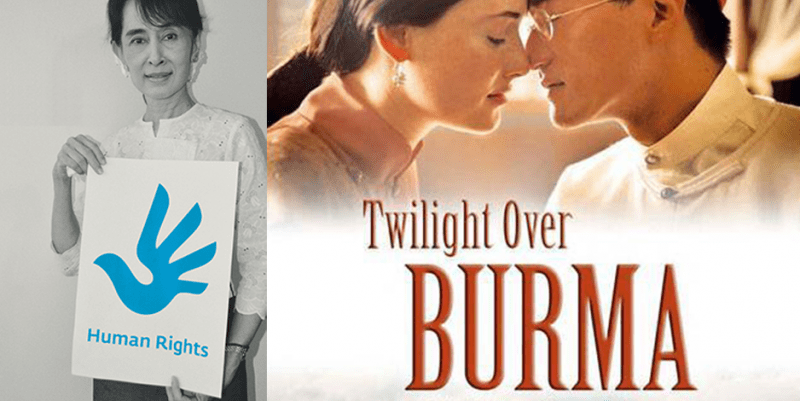 Everyone loves a good story. The very existence of film festivals around the world is testament to that. But at the fourth annual Human Rights Human Dignity International Film Festival in Yangon, Myanmar (Burma), the good story being promoted is nowhere on the program. It is the fairytale narrative of new Burmese democracy. The world, enamored with Aung San Suu Kyi and her National League for Democracy (NLD), persistently refuses to accept that the archvillain of military rule has not yet fully been put to rest, and the heroine is not as good and pure as Cinderella. Or at least to admit that tradition, politics, and entrenched ethnic animosities have clouded that goodness and purity to an unacceptable degree. This may come as a surprise to many, and will certainly come as no surprise to those who regularly follow developments in Burma: Ethnic minorities are grossly mistreated, and the army retains a high degree of power in society and governance.

The failure of the fairytale narrative has come to a head in the controversy over a film by Austrian director Sabine Derflinger, scheduled to be shown at the Human Rights Human Dignity film festival. Twilight over Burma is a love story against the backdrop of the public scene in 1960’s Burma, leading up to the rupture of fragile post-independence democracy with Ne Win’s military coup in 1962. It is based upon a true story, the autobiography of Inge Eberhard, an Austrian woman who became a Princess of the ethnic Shan in Burma upon her marriage to Sao Kya Hseng, the Prince of Hsipaw. The Myanmar Censorship Board determined that the film would threaten “reconciliation” among the “national races” of which Shan is numbered, as well as portray the army in a damaging light. The film depicts military officials raping Shan women during the coup, and touches on the mysterious death of Sao Kya Hseng in government detention.

The director of the entire film festival, Mon Mon Myat, referred to the new government of Burma as “new wine but in old bottles” after the Censorship Board refused to allow Twilight over Burma to be screened. Myat’s religious affiliation is unknown to the author, but he may be quoting the Christian gospel in which Jesus reportedly said “Neither do men put new wine into old bottles: else the bottles break and the wine runs out, and the bottles perish: but they put new wine into new bottles and both are preserved” (Matt. 9:17). The scriptural passage is often used to illustrate the relationship between Jesus’ “new” teachings and the “old” traditions of Judaism whose scholarly bastions were criticizing him. The new, these interpreters contend, must necessarily rupture with the old; they cannot exist together in harmony, and as all old things wear out, society and tradition must evolve. This is the very struggle in which the Government of Burma is engaged. The behaviors of the military junta, many of which have been enshrined in Burma’s Constitution and other laws, represent the “old bottles” in to which Suu Kyi and the NLD must squeeze themselves. Clearly, this isn’t working. While this government was (mostly) democratically elected, they have not conferred real freedom and agency upon the constituents who elected them. A truly democratic government would never participate in film censorship in the first place, let alone because the film in question gave the junta it had successfully replaced a bad name.

The Shan do not differ religiously from the Burman ethnic majority. They also are followers of Theravada Buddhism. But the censorship may still reflect bigotry against them. The ministry of religious affairs serves on the Censorship Board, and the head of that ministry expressed that many minorities in Burma cannot lay claim to full citizenship. That Minister, Aung Ko, also met with the extremist nationalist Buddhist monk U Ashin Wirathu only days into his term. The meeting, rather than providing Wirathu with a warning that his terrorizing tactics against minority races and religions wouldn’t be tolerated in a democratic government, showed Mr. Ko offering a cash donation to Wirathu’s organization – one that is blacklisted as a hate group by the United States Treasury. With such a strong focus on national pride, of an exclusionary variety that demotes minorities to mere associate citizenship, it is no wonder that the Ministry of Religious Affairs and Culture would vote to censor a film that exposes Burma’s deeply problematic past.

With regards to the Shan, who represent nine percent of the Burmese population, that past has not only been problematic but rife with conflict and violence. The Shan have been arguing among themselves about whether they want to stay in the Union of Burma, or secede and self-determine as is their right according to the independence-era Constitution, since long before the military coup. While not a united front, Shan resistance armies have been engaging in armed conflict with the Burmese Government for some seventy years. They have also been repressed for such actions as extracting natural resources with in Shan State, which the Burmese government claims they have no right to do as the resources belong to the nation. Various ceasefires have been placed on the table to convince the Shan and other ethnic armed organizations (EAO’s) to lay down their weapons. All have failed so far. This is because none have truly addressed the interests of the ethnic groups that these armed organizations try to represent. Burma is considered by many to be a Buddhist, Burman country that, sadly, does not celebrate its diversity as a strength.

Alarmingly, it is the minority with the most peaceful record of resistance that suffers the greatest. The Rohingya Muslims of Rakhine State, an indigenous people in their ancestral land who were recorded living in the area as far back as the seventh century, have been targeted for the world’s worst contemporary persecution. Under the military regime, they were attacked and murdered in the hundreds. In 2012, survivors were rounded up and placed in squalid Internally Displaced Persons camps dubbed by Nicholas Kristof of the New York Times “twenty-first-century concentration camps” in his investigative report. Prisoners to the tune of 125,000 remain there four years later. Rohingya are feared because of an intense Islamophobia plaguing Southeast Asia, where even the educated often believe that Muslims desire only to overpopulate and take over countries so they can submit them to sharia. This fear is completely unwarranted since the Rohingya “army” was only active for a few years & never developed much strength, and the overwhelming majority of their one-million-plus population desire only peace with their neighbors. However, the fear is pervasive & crushing & has caused the Burmese Government to erode Rohingya rights to the point where they cannot obtain jobs, marry, or even travel to the next village. Their only sustenance comes from the World Food Programme, and the Burmese Government restricts the number of calories that can be donated. While the world hoped with bated breath for the National League for Democracy to save the day, no such hope has been fulfilled. Suu Kyi her self has stated that the Rohingya will not be a priority for her government, and has requested that Burma’s diplomatic partners even refrain from using their name. The very word Rohingya is restricted.

Sao Kya Hseng, the hero of Twilight over Burma, was by contrast a thoughtful and benevolent ruler. Educated abroad, in India then the United States (where he met his Austrian bride), he returned home to make many life-changing improvements to Shan State. He allowed farmers to keep the land they tilled, a concept journalist Bertil Linter called a “radical idea” for the time. (Shan State was structured as a feudal society in the post-independence era.) Sao Kya Hseng went even further to help poor farmers under his dominion. He brought in modern tractors and agricultural equipment for their use at no cost. He also developed brand-new plans for raising crops and mining minerals to increase the Shan’s economic prosperity. Also, unusually so for someone who was merely born in to royalty and did not choose to be elected, he was active in politics. A Member of Parliament and the Shan State Council, he also served as Secretary of the Association of Shan Princes. He was neither openly secessionist nor unionist as he opposed both the policies of the Burmese Government and outright revolt against it.

This is the kind of leader that Burma needs today: one who puts the people’s welfare first, and carefully weighs political decisions based on human rights considerations rather than nationalist fervor and political expediency. Showing a film about him would certainly not be detrimental to national unity; in fact it’d assuredly enhance it. It will be a long road for the N.L.D. to over-come all the disadvantages they face post-military-rule, both those encoded in law and those embedded in the hearts and minds of the Burman-Buddhist majority. But that is what they should do. They should intentionally create a rupture with the old wine bottles of the past, and they can start by refusing to censor a piece of art that celebrates personal and political lovingkindness.