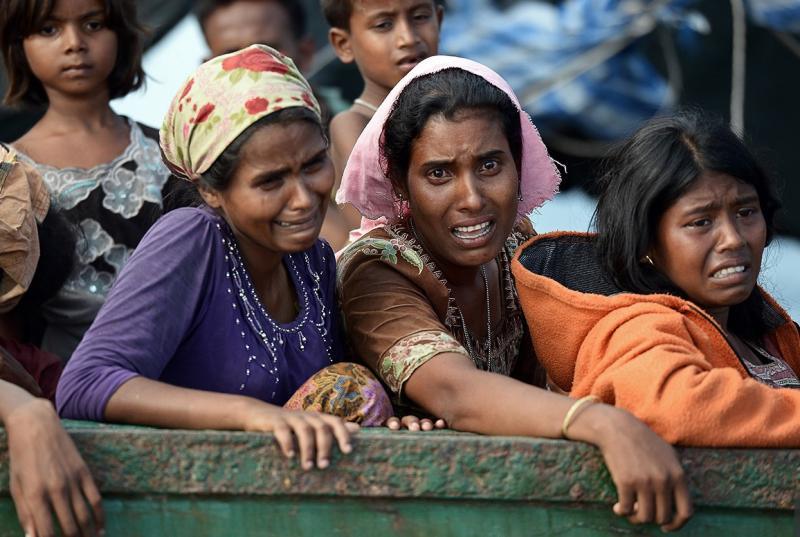 Widespread and ongoing violations against Myanmar’s Muslim Rohingya minority, including denial of citizenship, forced labour and sexual violence, could amount to “crimes against humanity”, the United Nations has said.

Some 125,000 Rohingya remain displaced and face severe travel restrictions in squalid camps since fighting erupted between Buddhists and Muslims in 2012. Thousands have fled persecution and poverty.

In a report issued on Monday, the UN human rights office said it had found “a pattern of gross violations against the Rohingya … [which] suggest a widespread or systematic attack … in turn giving rise to the possible commission of crimes against humanity if established in a court of law”.

UN human rights chief Zeid Ra’ad Al Hussein said he was “encouraged” by statements by Myanmar’s recently elected government in recent weeks, but added that the new leadership had “inherited a situation where laws and policies are in place that are designed to deny fundamental rights to minorities”.

Hussein said impunity for serious violations against the Rohingya “has encouraged further violence against them”.