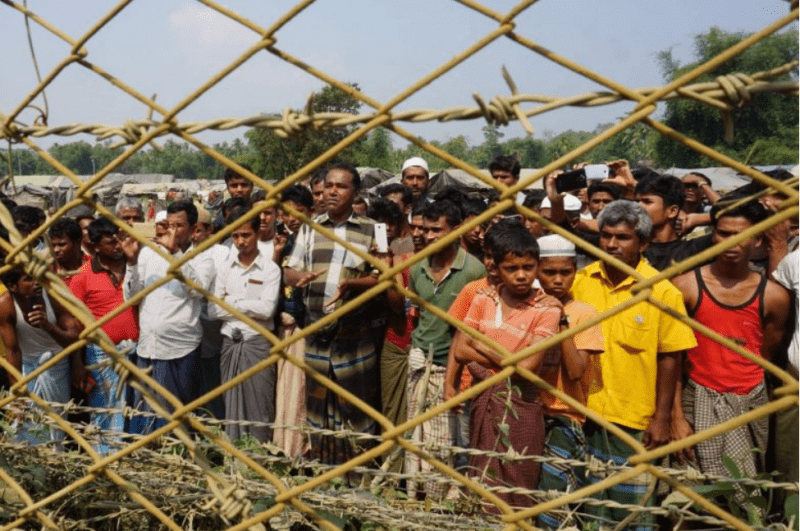 MANILA (REUTERS) – Philippine President Rodrigo Duterte said on Thursday (April 5) “genocide” was taking place in Myanmar and he was willing to accept Rohingya Muslim refugees fleeing from it, though Europe should help too.

The United Nations and rights groups say some 700,000 people, most of them Rohingya, have fled from Myanmar into Bangladesh since August last year when Rohingya militant attacks on the security forces sparked a military crackdown.

The United Nations and several Western countries have said the Myanmar action constitutes ethnic cleansing but Myanmar rejects that. It says its security forces have been conducting legitimate operations against “terrorists”.

Duterte, in a wide-ranging speech to farmers and agriculture officials at the presidential palace, touched on various issues including his recent decision to withdraw from the International Criminal Court over its decision to open a preliminary investigation into his bloody war on drugs.

Drawing the ire of officials in Myanmar, Duterte then expressed sympathy for the Rohingya and offered to help.

“I really pity the people there,” Duterte said. “I’m willing to accept refugees. Rohingyas, yes. I will help but we should split them with Europe.”

He also mentioned the inability of the international community to resolve problems in Myanmar.

“They can’t even solve the Rohingya. That’s what genocide is, if I may say so,” Duterte said.

Myanmar has rejected any suggestion genocide is taking place and its government spokesman, Zaw Htay, said Duterte’s comments did not reflect the real situation.

“He doesn’t know anything about Myanmar,” Zaw Htay told Reuters.

“The usual behavior of that person is to speak without restraint. That’s why he said that.”

Duterte’s comments were broadcast live on television and later included in a transcript of his speech, issued by his office.

Such a denunciation by a South-east Asian leader of a neighbor is rare.

Both the Philippines and Myanmar are members of the Association of South East Asian Nations which has long upheld a convention of withholding criticism of fellow members.

Duterte did not refer by name to Myanmar leader Aung San Suu Kyi, who has been heavily criticised abroad for failing to stand up for the largely stateless Rohingya, only saying: “That woman, she is my friend.”

The full Reuters article is posted on The Straits Times, and you can access the article on their website here.