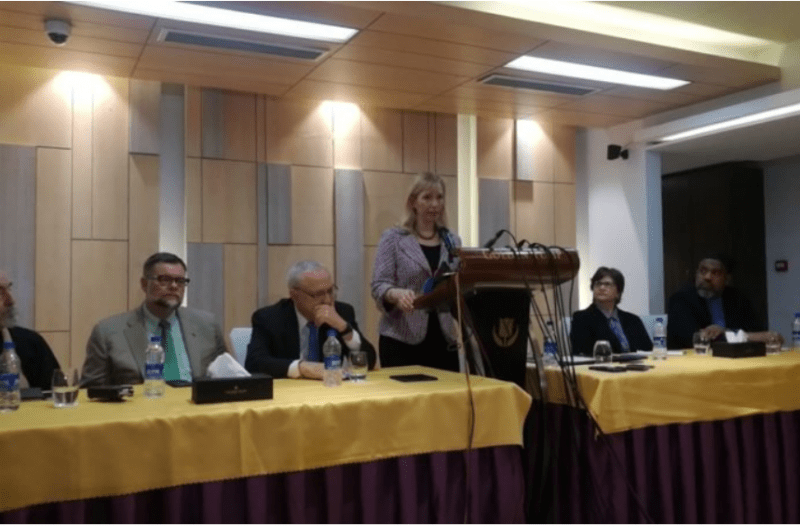 “They dubbed the Myanmar army’s massacre of Rohingyas genocide and emphasized the importance of setting up a safe zone for them in Rakhine state.”

The ‘Interfaith Coalition to Stop Genocide in Burma’ organized a 14-member delegation to visit Rohingya camps in Cox’s Bazar, Bangladesh on March 26 and 27. According to Spokeswoman Nicolee Ambrose, two Buddhist leaders, two Jewish leaders, two Imams, and several Christian leaders are “united in our efforts to address the suffering of the Rohingya people.”

Coalition Member Rabbi David Saperstein, former US ambassador at large for International Religious Freedom, said that since the 2012 riots in Rakhine state, mosques had been attacked, Quran and other religious books burned, schools offering religious education closed and Muslim scholars assaulted. Participants are asking the US Congress to pass a bill to support the Prime Minister of Bangladesh Sheikh Hasina’s position to create a safe zone for Rohingyas in Burma protected by peacekeeping troops.