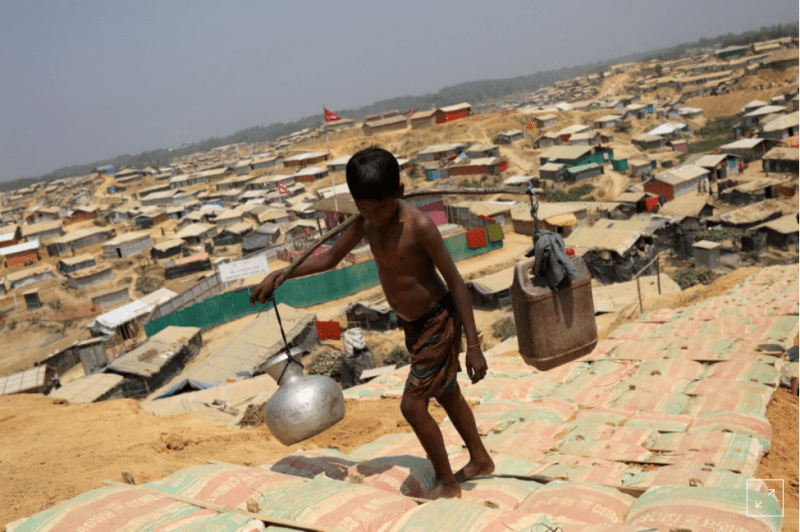 United Nations Secretary General Antonio Guterres expressed “shock” at comments by Myanmar’s military chief in which he said the Rohingya minority shared nothing in common with the rest of the population and that their demand for citizenship had stoked recent violence.

Nearly 700,000 Muslim Rohingya fled to Bangladesh since the military launched a crackdown in Myanmar’s western Rakhine state in response to insurgent attacks on security forces in August, according to UN estimates. The United States and UN have described the operation as ethnic cleansing of the Rohingya, which Myanmar denies.

Senior General Min Aung Hlaing said in a speech to military personnel and their families last week in northern Kachin State that Rohingya “do not have any characteristics or culture in common with the ethnicities of Myanmar”, according to his website.

The military chief also said the tensions in Rakhine were “fuelled because the Bengalis demanded citizenship”, using a term that Rohingya activists reject as implying they are illegal migrants from Bangladesh.

UN chief Guterres said in a statement yesterday he was “shocked” at the comments, and urged “all leaders in Myanmar to take a unified stance against incitement to hatred and to promote communal harmony”.

“The Secretary-General reiterates the importance of addressing the root causes of the violence and the responsibility of the Government of Myanmar to provide security and assistance to those in need,” the statement said.

Though many Rohingya say their families have lived in Myanmar for generations, they are not among the 135 officially recognized ethnic groups and so are denied citizenship.

The army chief is an influential figure under Myanmar’s constitution, which obliges Aung San Suu Kyi’s civilian government to share power with the military.