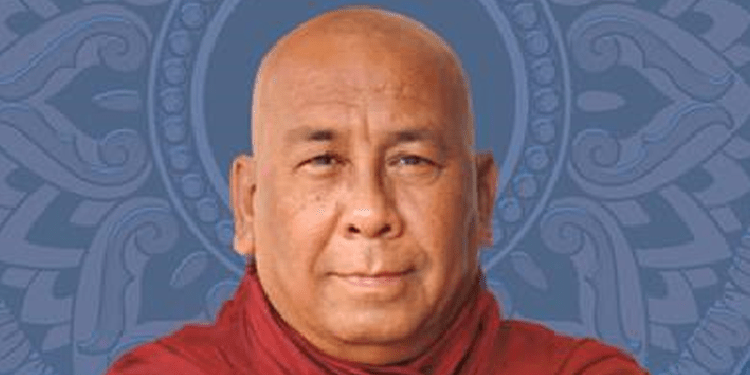 Dr. Maung Zarni, a Burmese scholar and democracy activist, has translated a portion of a speech on his blog by Sitagu Sayadaw, one of Burma’s most popular monks, that was delivered to packed hall of soldiers from the Burmese military. Sitagu, tells the soldiers that “Genocidal killing is OK in Buddhism.”

Sitagu has a long trackrecord of such statements and positions. In the past, Sitagu justified genocide and fanned the flames of Islamophobia against Burmese Muslims and the Rohingya. It goes without saying that Buddhism opposses genocide and violence, and instead teaches compassion, as many Buddhist organizations, temples and monks have reiterated while officially condemning Burma’s ongoing atrocities and genocide against the Rohingya Muslims.